She’s a six-language-speaking International Affairs grad student at Columbia, who has lived in Russia on Fulbright and is set on changing the world (for real, though). Meet Eirene Wang, a total multilingual badass who has been both a teacher and student at Fluent City. We sat down with her to chat about her nomadic ways, the unique way she’s bridging her interests in art and language, and her important advice for language learners. 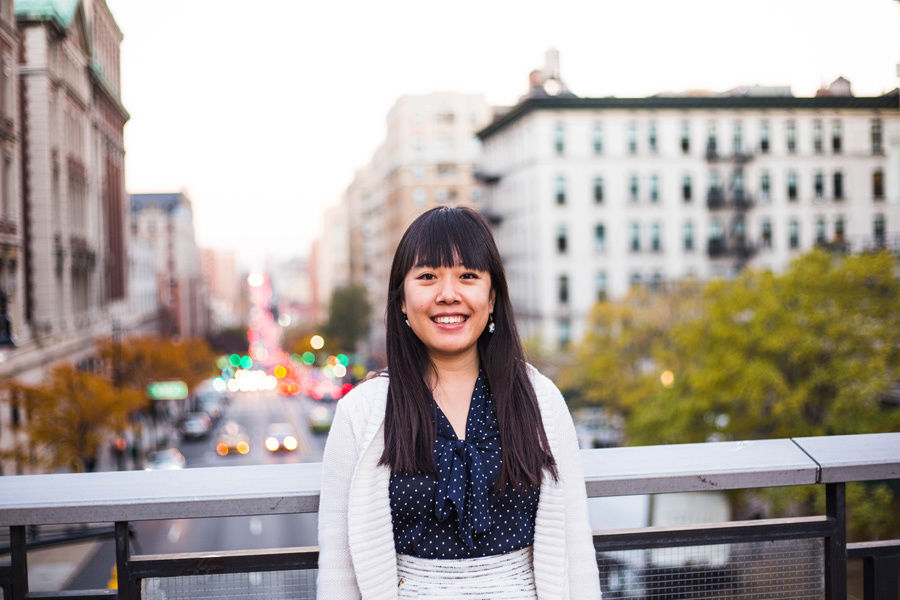 Fluent City (FC): Tell us a little about you and how you came to speak six different languages.

Eirene Wang (EW): My name means peace in Greek; my parents chose it because I was born at the height of the Gulf War. My mom wanted me to work towards peace in this world. I grew up in Montreal and went to French school where you could only speak French—so I fell into this language by circumstance. French was my third language; I learned English & Chinese beforehand. And then when I moved to the U.S., I took Spanish for 6 years and then went to Argentina after my sophomore year in high school when I was 16. It was interesting because no one in my high school really went abroad, since it was a lower income community and there weren’t as many opportunities  in some ways. But my mom took a gamble because she decided she would spend money on giving us these experiences that would broaden our worldview, even if it costed money—she decided it was an important commitment.

EW: Yes, of course, she told me this much later. Anyway, I went to Argentina and it was really awesome. I didn’t know what to expect—it was totally different than what I thought. I got to live with a host mom; she was 60, I was 16. We had a lot of issues (laughs). But we’re still very close! She actually just wrote to me last week about the election.

So that’s my language background. And then I added Russian in college. My grandparents actually studied Russian in China in the 1950s; that’s how they met. At the time, China & Russia were political allies, so there was a need for the new generation in China to speak Russian and foster Sino-Russian relations. So when I was a kid, they would sign off birthday cards in Russian. And I was just really curious about it, so I finally had the chance in college and jumped at it. I studied it for 4 years, but it was really hard! 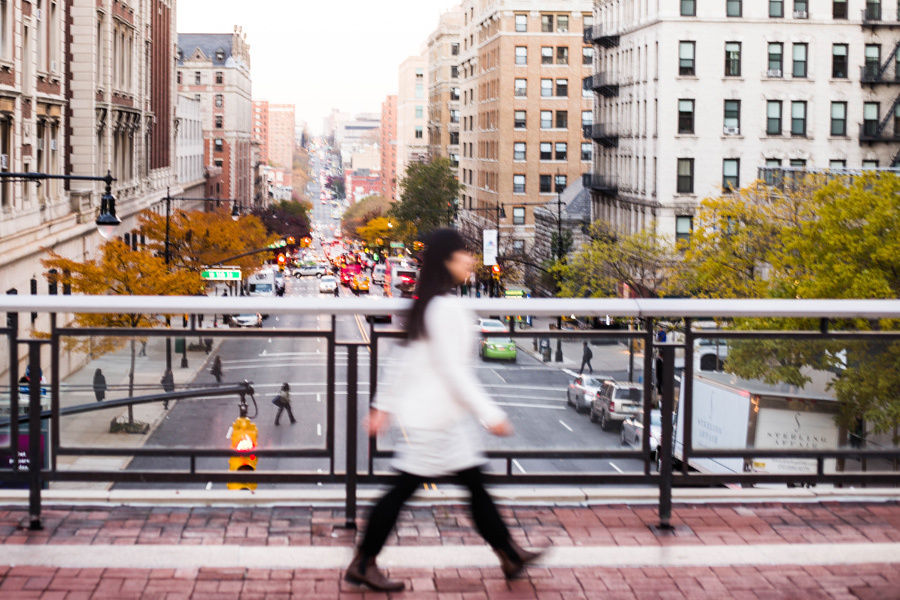 FC: We’re sure! And then what was next?

EW: I ended up doing Fulbright in Russia. Because of my dream of learning to speak Russian, I wanted to live in Russia. It was amazing seeing a different part of the world. It was so different from anywhere I had been before. It’s so misunderstood, especially by the West. I’ve also taken a bunch of other stuff like Swahili, Italian, and Arabic.

FC: Wow! Why do you think knowing different languages is so important?

EW: I think a lot of first generation kids, like me, are okay with knowing with what their parents speak as heritage speakers. But I’ve always really pushed against that. To me, Chinese is not enough. We need to learn more. The world is much bigger than that.

Knowing another language also clues you in on how people think and feel. One of my favorite things about knowing another language is being able to read the literature. I remember when I started taking Russian; it was really difficult. Different alphabet and the grammar is so complex. And the class pacing was so fast, I almost gave up. But when I started reading the literature, it was a window into parts of the Russian soul. This idea that literature that lets you live the experience that you wouldn’t have in any other way. I think that’s really important. As human beings, we should have our own experience, but also broaden that by figuring out how other people live. And that’s the great thing about language—it’s a window in and you learn something that you didn’t know before.

The world is also moving in a more global way. Any way you can learn a new language to facilitate communication to the world is important, not just for you, but for everyone else too. We need more people who are empathetic and who can speak more languages. And why not join that movement? 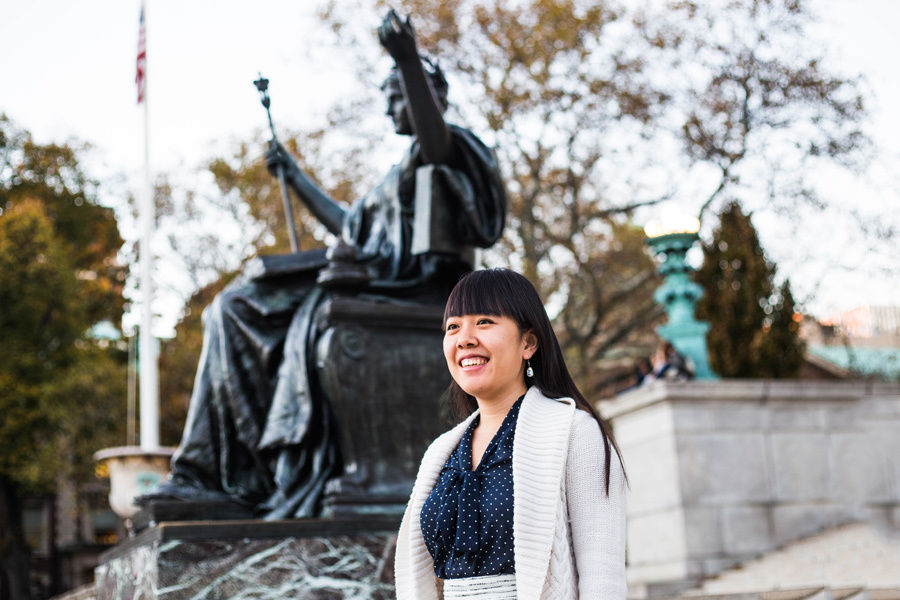 FC: Yes! We’re all for that. Do you have any aspirations to learn another language?

EW: I guess I already am! I started studying Italian during my old job in immigration, because I was feeling a bit depressed from hearing stories of woe every day and I need something that would help me forget about that. And studying Italian was really helpful. When you’re studying a language, you’re a bit of a baby. Everything is new. It made me think more positively about the world; there’s so much to learn. I ended up taking two Italian courses at Fluent City. It was great to meet other people who also wanted to learn Italian: I’ve kept in touch with a lot of people from those classes.

FC: Tell us a little bit more about your experience at Fluent City.

EW: I liked the language classes and the conversations and it was cool to connect with other people studying Italian. There’s an expression my professor told me once. It was, “Let your interests lead you to your friends.” Basically, use your passions to guide you to friendships and meaningful relationships that will continue to nurture those passions.

My favorite part of the Italian courses was when we went to this Italian restaurant at the end with our instructor, Marcus Zelaya. We went to a restaurant in East Village and it was awesome realizing that at the table, we all came from different backgrounds. Marcus was a translator; there was me who is an International Affairs grad student at Columbia. There was also an actress, a restaurant owner, a banker, etc. Such an eclectic mix of professions!

It’s cool to see people from all different professional walks of life. When you work in a specific field, you usually just meet other people who work in the same field, and usually for networking purposes. It’s pretty superficial. But when you’re learning a language, you’re learning together; you’re in the trenches and trying to figure it out. 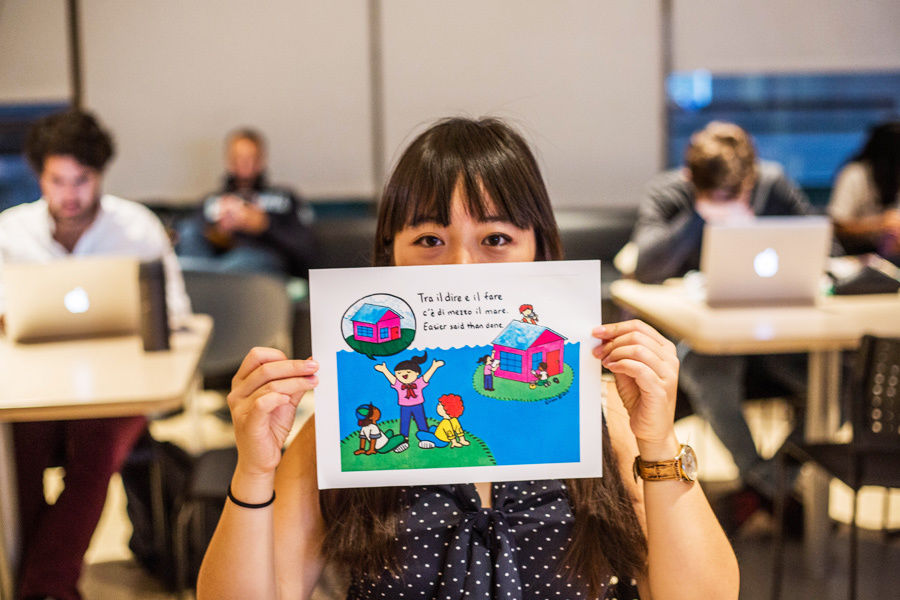 FC: Totally! So, we know you do these amazing language-related illustrations. Can you tell us a little more about them?

EW: I’ve been drawing since I was a kid. When I went to French school, I was in this environment where I didn’t know the language, so I used art to cope with the transition. Around the same time, I discovered French comic books. I loved them, because unlike American comic books which are typically always about superheroes, French comic books were about anyone and everyone.

During my time doing my English-teaching Fulbright in Russia, I challenged myself to teach English in a unique way. I’m sure you’ve seen language textbooks; some of them are so outdated and they don’t use language that native speakers use. So I asked myself, can I create a project that would unite my interests in language and art to help teach in a different way? And so, I came up with the Idioms Project, in which I began illustrating various idioms across different languages. Idioms can be very visually appealing and are extremely salient. So I wanted to create something that would make the student think and remember the image. So now I’m doing that in different languages, slowly. Maybe I can fulfill my dream of becoming a cartoonist! 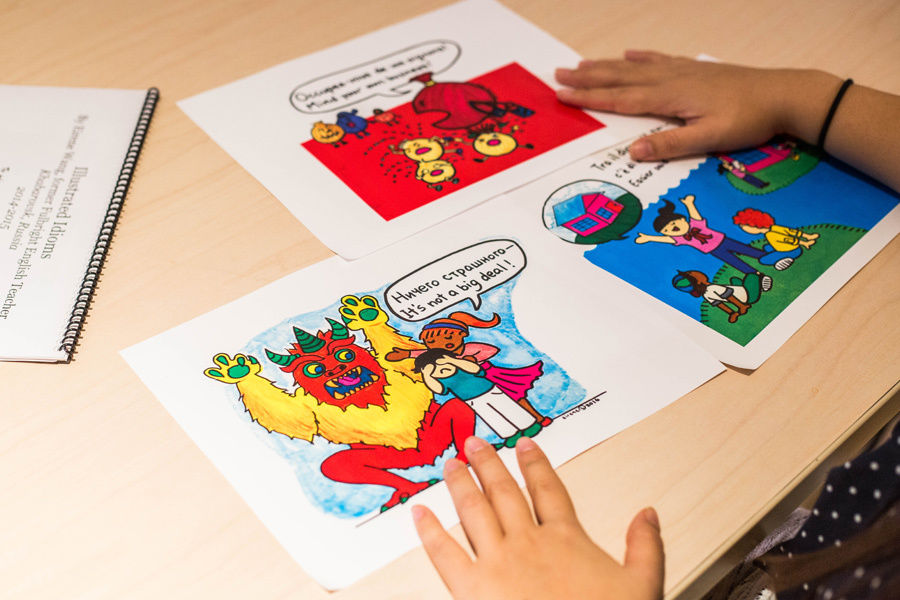 FC: Sounds like you already are! One last question for you—a lot of people are intimidated by learning a new language. If you had one piece of advice to give to language learners, what would it be?

EW: Marcus said something that was pretty cool during our Italian class…”You can’t be prideful if you want to learn a new language.” So don’t get embarrassed but also don’t think you know that much. Be humble. That’s a good way to think about it for any time you learn something new. Any time you do it, it’s scary. But of course you can do it! You learned English; you can figure it out.

And it might be harder or easier for you depending on past experiences, but I would say, don’t look at the negative like, “Oh, I can’t speak this.” Instead, look at what you’ve accomplished. Like, oh, I can order something at a restaurant. I can have a conversation. Always applaud yourself for your growth and appreciate your progress.

Inspired to learn a new language? We hope so! Join our My Fluent Year Community today and commit to learning a new language in 2017.