So, you want to learn Spanish? ¡Excelente! I’m a little envious. A whole world of culture, food and community is about to open up for you. As a native Spanish speaker, I get to see these things every day. But you are about to discover them for the first time!

As a professional Spanish teacher, and a former ESL instructor, I’ve seen my students struggle with mastering a new tongue. Here are my top 21 tips for getting the most out of your Spanish-language education.

1. Know why you want to learn the language. Studying a language is a commitment, with plenty of stumbling blocks along the way. It helps to have a clear, long-term goal in mind. Do you want to travel to the places where Spanish is spoken? Do you want a closer connection with Latin American or Spanish culture? Are you learning it to further your career? The clearer your goal, the easier it is to find ways to stay motivated.

2. Let your teacher know why you want to learn. The more your instructor or tutor knows about your motivations, the easier it is for them to incorporate those interests into your lessons. If you have a passion for Mexican cuisine, a great teacher can create lessons where food plays a central role. The more interesting the lessons are for you, the faster you’ll learn.

3. Learn from a language-loving Spanish speaker. The best language teachers are also great language students, and in the process of mastering another language they learn some incredibly valuable skills. They can see your challenges from the other side. A native Spanish speaker can give you a wealth of cultural context and parallels that a non-native speaker can easily overlook. That being said, you can absolutely start with an enthusiastic non-native speaker for Level 1 and 2 while getting down the basics. 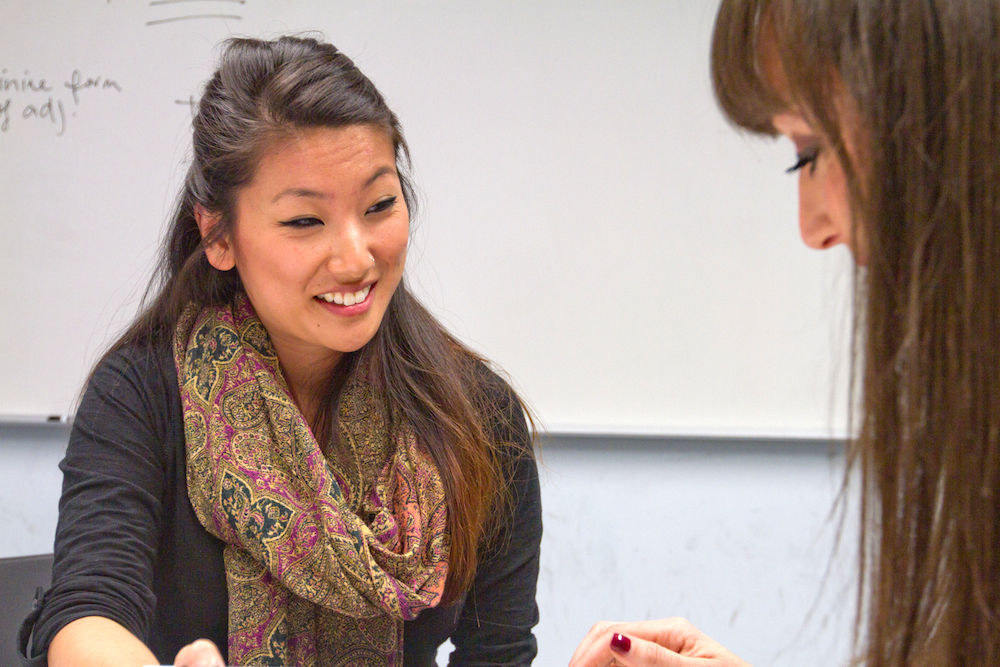 4. “That’s just the way it is” should be a red flag in a teacher. If a teacher can’t explain why something in the language works the way it does, it means they don’t understand it themselves. That’s a big clue that they may not be as competent with the language as they claim to be. There are always grammatical or cultural reasons for the quirks in Spanish, and in many cases they vary from dialect to dialect. Your teacher should not only be familiar with these oddities, they should understand why they exist.

5. Spanish verb conjugations are always tricky for English speakers. Verbs don’t change very much in English, and it can be challenging and frustrating to understand how and why verbs change in Spanish. It’s going to take you a little time to master Spanish verbs, so don’t get discouraged. Once you wrap your head around how they work, you’ll master them in no time.

6. Think of verb conjugations like a song. When you listen to a song on the radio, you memorize the lyrics without even meaning to. The same thing is true with Spanish verbs. When I’m teaching verb conjugations, I often find a song with many forms of a verb in it for my students to learn. This helps them hear the various forms, and gives them an anchor for when each one is used.

7. Don’t let formal and informal verb forms worry you. A lot of my students are shocked to learn just how important formal and informal verb forms are in Spanish. There’s nothing like this in American English, and it’s understandably confusing. Knowing the verb form for casual conversation with close friends, and the one for talking to an older person you don’t know, is just as much a cultural lesson as a linguistic one.

8. Noun gender is going to confuse you. In Spanish, all nouns have a gender. This is a concept almost all English speakers struggle with. The idea that an object can have a gender seems bizarre, because only people and animals have gender in English. Even more confusingly, the gender of Spanish nouns is arbitrary. A lamp is an object, and it can’t really be male or female. Add the modern discussion of gender and gender roles into this discussion, and it can be a very messy subject to learn. 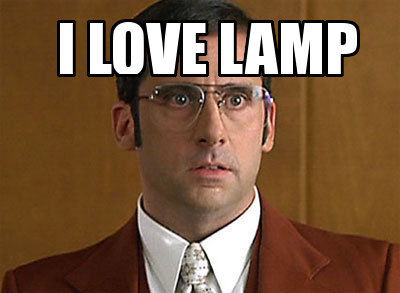 10. Learning Spanish often means learning a new way of thinking. It’s easy to forget just how much our language shapes how we view the world. You can’t truly learn Spanish until you master the many situations where formal or informal verbs forms are appropriate, for instance. The more you learn to accept and embrace these new concepts, the more quickly you’ll progress.

11. Develop a relationship with the language. No language exists in a vacuum. It’s always a part of a culture. The more you connect with that culture, the deeper your relationship with the language with become. Put yourself in situations where you will be immersed in the language, and where you will be forced to practice what you’ve learned. Buy some tortillas at a local mercado. Order a cerveza at a Mexican restaurant. This kind of practice will help you develop your confidence, and little by little speaking Spanish it will start to seem natural.

12. Turn your social media into free language lessons. If you have Spanish-speaking friends, there’s no faster way to get corrections or suggestions than posting a Facebook status in Spanish. Look forward to being corrected. Twitter, Tumblr and even YouTube can be excellent resources for getting feedback, although keep in mind that not all of it will be helpful.

13. Mexican Spanish isn’t the same as Castilian Spanish. Just like U.S. English has some distinct differences from British English, the Spanish spoken in Mexico isn’t exactly the same as the version spoken in Spain, also known as Castilian. There are many more regional Spanish dialects than that. No dialect is better, but the differences are big enough that the “right” way to say something in one dialect will be “wrong” in the other. Knowing these differences, and the dialect of the culture you’re most interested in, will help you avoid some confusing situations later on.

14. “Torta” is a great example of Spanish dialect in action. If you go to most places in South America, a torta is a cake. If you order a torta at a restaurant in Mexico, however, the waiter will bring you a sandwich. Neither use of the word is wrong, and we have a similar phenomenon in English with words like “chip” and “biscuit.” Keeping this diversity in mind will help you keep from being too confused when you meet Spanish speakers from different cultures.

15. Start with the right dialect for your interests. If you want to travel in Spain, you’ll want to tackle things like the vosotros verb form and the slightly different pronunciations right from the start. This is one reason why knowing why you’re learning the language is so important.

16. Word-for-word translation is completely counterproductive. Spanish is not related to English, and it doesn’t play by the same rules. In Spanish, the verbs do a lot of the heavy lifting of telling you who the sentence is about, for instance, while in English this work is done by the pronouns. It just doesn’t translate word for word. If you’re thinking in English and trying to translate word for word, the end result is going to be jibberish. It’s much easier, and more rewarding, to learn the to think in the language.

17. If you want to learn Spanish, you have to do the work. If you’re serious about learning any language, it’s going to take plenty of practice. That means doing the homework, studying and getting some real-world experience. It may mean making flash cards, recording yourself, or using whatever technique works for you personally to learn the language. It means pushing yourself in new ways to do something that will ultimately benefit you.

18. Make Spanish-speaking friends. There’s no better way to practice a language than by talking to a native speaker. This is also a great excuse to meet new people, and to go to new places you’ve always been curious about. The more you interact with a variety of Spanish speakers, the easier it is to build friendships. You can also take a class, where you will meet other Spanish students excited to practice with you. 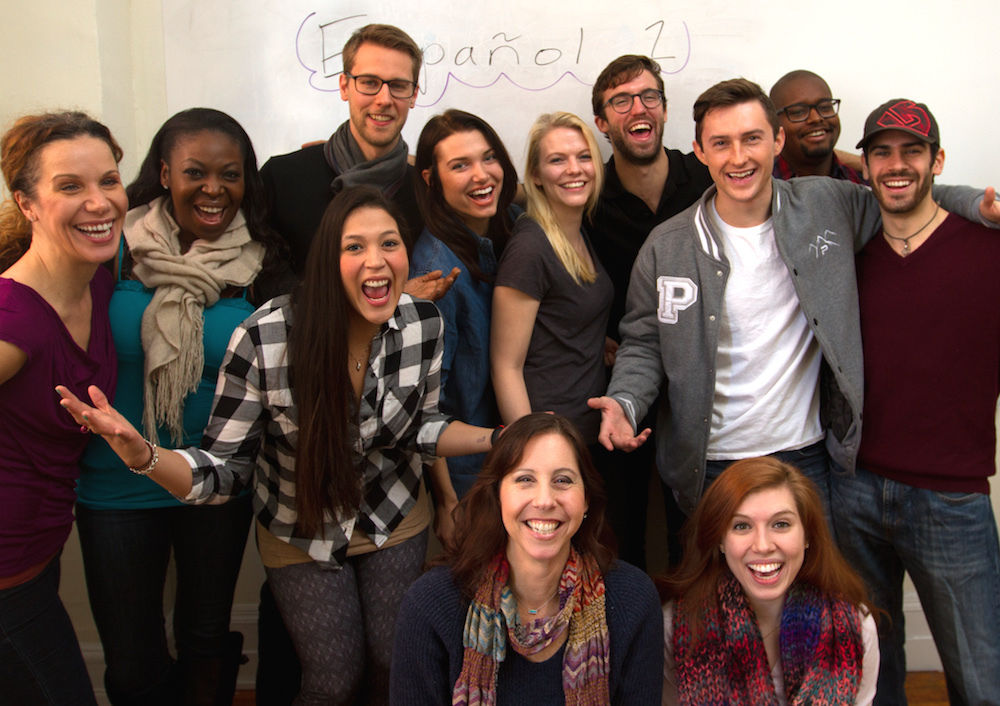 19. Your Spanish-speaking friends will put you in situations where you have to speak Spanish. When you make a true friend, you’ll almost certainly meet their family. You’ll be invited over to dinner, a family gathering, or to a party. And if they are anything like my family, even though they may all speak fluent English, they’ll inevitably go back to speaking Spanish. If you want a plate of barbecue or something to drink, you’ll have to speak Spanish to get it. That’s great motivation.

20. Watch Spanish-language TV and movies. Now that we have things like Netflix and Hulu, it has never been easier to find great Spanish-language shows and movies. Turn on the Spanish subtitles, and pause or rewind the program whenever you need to. This is a great way to practice the language on your own terms, watching the same content that native Spanish speakers are watching.

21. Don’t overlook the power of music. A good song is universal, and most people can memorize the chorus to a song in almost any song. If a Spanish song hooks you, it doesn’t matter that you don’t know all the words. It gives you a motivation to learn what that catchy chorus is saying, and what the meaning of the other lyrics are. When you learn the meaning of those phrases, they stick with you.

Ready to learn Spanish? Find a Spanish class near you at fluentcity.com.