Listening to music in another language is one of the easiest ways to add an extra culture boost into your daily routine. But if you don’t know where to start, finding the best tunes can be a bit of an intimidating task. That’s why we’re making things easier for you with our very own playlist series. This time, we’re introducing you to our favorite French musique for your listening. 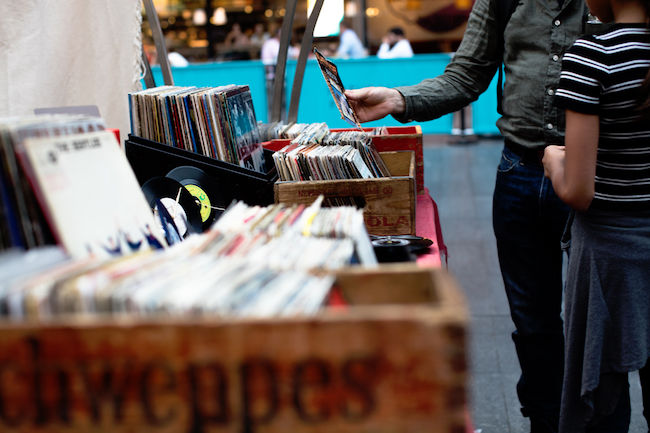 You can listen to the entire playlist here on Spotify, but read on for the videos to a select few of our favorites.

Serge Gainsbourg is considered one of the most important figures in French pop-music, which makes him a must have on any French playlist. Check out his reggae influenced album, Aux Armes Et Caetera, for a cool twist on his classic style.

One of our favorite French rap groups, NTM, is known for critiquing race and class relations in their work. If you’re looking to step it up from your typical French-café music, NTM is the group for you.

Considered one of the greatest French music geniuses, Michel Polnareff’s style is highlighted by his eclecticism. His early life is worth reading up on, and will give you a whole new appreciation for his work.

Best known for her time as singer in the band Stereolab, Laetitia has created hits both in French and English. Sadier is definitely a jack-of-all-trades, as she can play everything from keyboards, percussion, and guitar to the trombone.

Yelle is a French band that had its rise to fame by being discovered on Myspace in the early 2000’s. This song is super fun and cheery, and will definitely put you in a good mood on your morning commute.

Now you’ve got the perfect playlist to get your French-music discovery started. Head to getfluent on Spotify to listen to them all!