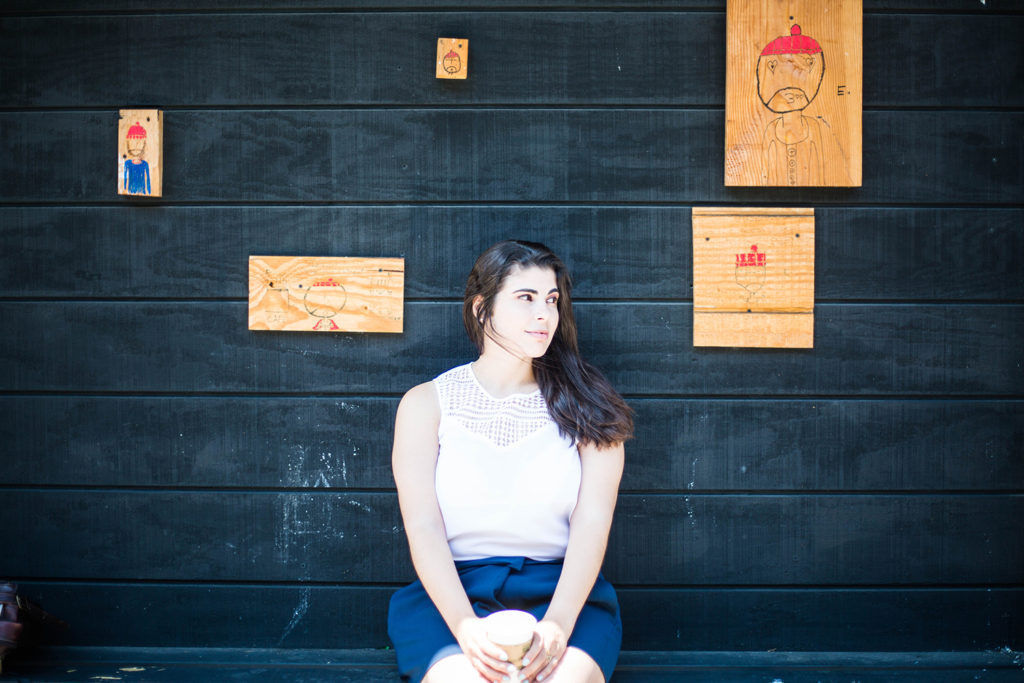 All photographs by Evie Cheung

Meet Poliana Coelho, a master of multiple languages who has lived on three continents. She’s a snowboarder, a salsa dancer, and pretty much a total badass. Having had a multitude of teaching and life experiences, she truly treasures fostering connections and building community. Poliana is one of our most amazing Portuguese teachers here at Fluent City and we were super excited to sit down with her and find out more.

Fluent City (FC): Can you give us a quick intro?

Poliana Coelho (PC): It was my dream to move to New York. I was living in Asia for a while, and I came back to Connecticut to be with my parents. And I thought, why am I back in this little city? Let me dream bigger than this. So I started to apply to jobs in New York City, and Fluent City was one of the first places I applied to and got. It was my entry point into New York and I’ve been teaching Portuguese here ever since.

**PC: **I’m Brazilian—born in Brazil, and I came to the U.S. when I was about three years old. My parents wanted the American Dream, and they wanted to work and eventually go back to Brazil. I did go back, during my middle school years, but eventually I got a green card and Brazil wasn’t what my parents thought it would be, so we came back to the U.S. I went to high school and then college in the U.S. It was a good experience. I feel like I got the best of both worlds, you know? I got to see the perks and downsides of both countries. Like, Brazil is a happy country, but it has a lot of crime—while the U.S. has a lot of freedom, but people don’t seem so happy.

After college, I moved to Asia. I taught English there, it was an opportunity to fulfill my dream of going to Japan. After three years of working, it felt like it was time to do something like that. I got to explore so much and got to meet some amazing people. I was there for about three and half years before returning to the U.S. to teach English in Connecticut. 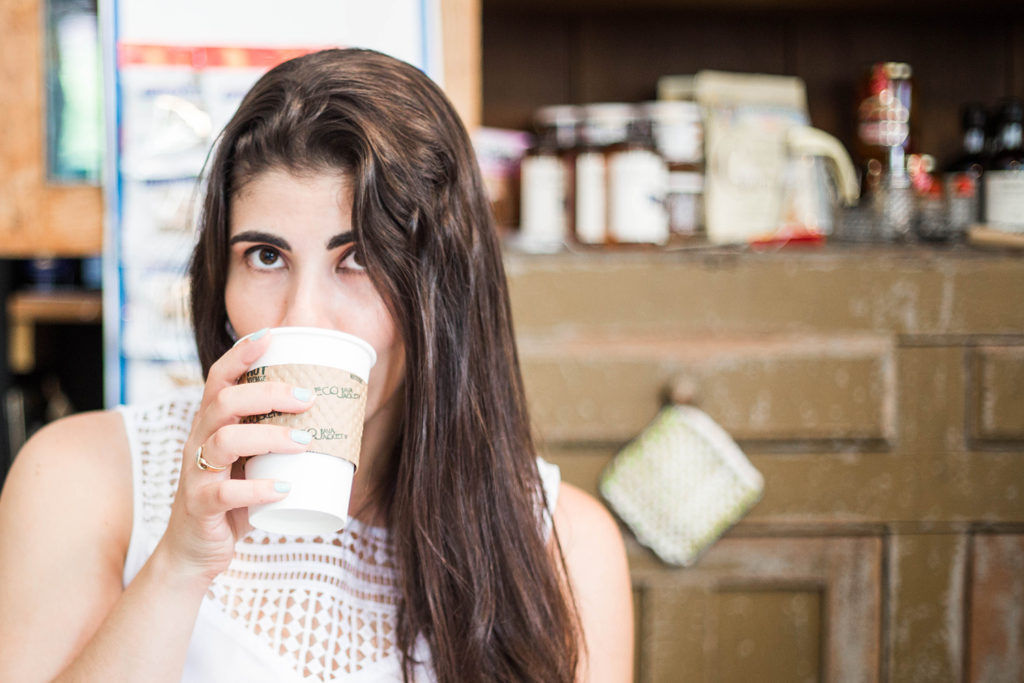 **FC: What was the most difficult part in transitioning from teaching English to teaching Portuguese? **

**PC: **It’s not just the transition; it’s almost like you know a language and know how to speak it, you just don’t know why. I love teaching Portuguese because I’m really going in depth within my own language, and I find myself digging more into my culture, my grammar, into everything. At home, I speak Portuguese with my mom, I don’t speak English. Now my mom is constantly correcting me too!

I just love languages in general—I love learning languages; I love sharing language. I find language to be a source of connection. You want to talk to people, connect with them on a personal level. But if you can’t speak their language, there’s a barrier already. So just the thought of teaching people Portuguese, it’s almost like I’m breaking down these barriers.

FC: What do you think is the biggest misconception about language?

**PC: **I think the biggest misconception about language is that people think they can be too old to learn. You’re never too old to learn anything, as long as you have a will and drive and a dream. You can do it! You might not speak with a perfect accent, but you will be able to communicate. You’ll be able to speak and make yourself heard. So it doesn’t matter how old you are—learn! If that’s what you want to do, learn.

FC: What do you think people misunderstand about Brazilians?

**PC: **Brazil is a heterogeneous culture. I’m African, Native American. I’m everything. You might not know it from looking at me, but every Brazilian has this mix. 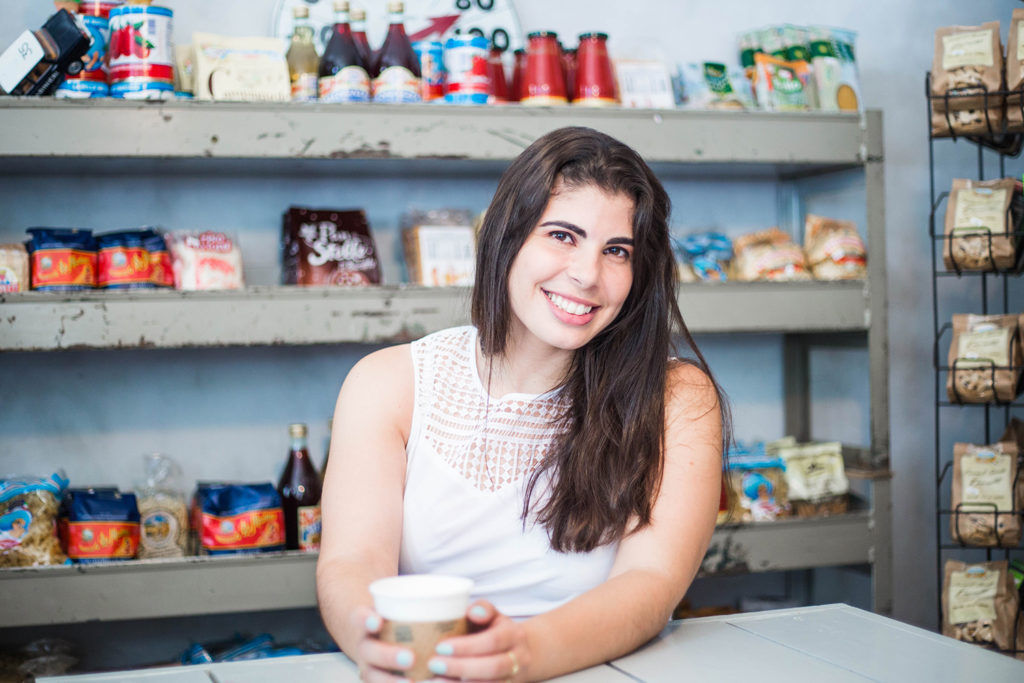 FC: What is your favorite word, in any language?

**PC: **Right now, I’m thinking of the Korean word bulgogi, which means meat. It’s a fun word! But I also love a word in Portuguese, saudade. It’s one of those words that you can’t really translate, but loosely it means “a deep longing for something.”

FC: What do you like to do, outside of teaching languages?

**PC: **I also used to be a behavioral therapist. I have a degree in behavioral therapy and was doing behavioral therapy in the school system. But I wanted to connect with people further—I love that personal connection with people. So, outside of Fluent City, I work as a student advisor at a transfer school in the Bronx. It’s for students who are 17-22 years old, and they want high school degrees but they’re overage and under-credited. I work with them to keep the dream alive—making sure they’re coming to school, making sure their grades are up, reminding them that they’re there for a reason. They want that high school diploma. And they’re working hard for it, they can’t give up. It’s really rewarding. We had graduation last week and it was amazing watching so many people walk because it’s been a journey. They’ve gone through so much—homelessness, etc.—and it’s giving them a second chance.

In terms of hobbies, I love snowboarding! I find winter to be very depressing, and so in order for me to get through the winter I took up snowboarding. It gets me out of the house, even though it was painful at the start. I can go down a mountain now without hurting myself!

I also love to dance. My brother is really into salsa dancing, and ever since he moved to New York he’s been going to different salsa studios and bringing me along. Last summer, I did salsa by the pier in Chelsea, and it’s just beautiful. It’s at sunset, the sun is setting behind you; you see the shoreline. There’s salsa music and everyone is just so happy and dancing. You have a free lesson, and there’s live music! 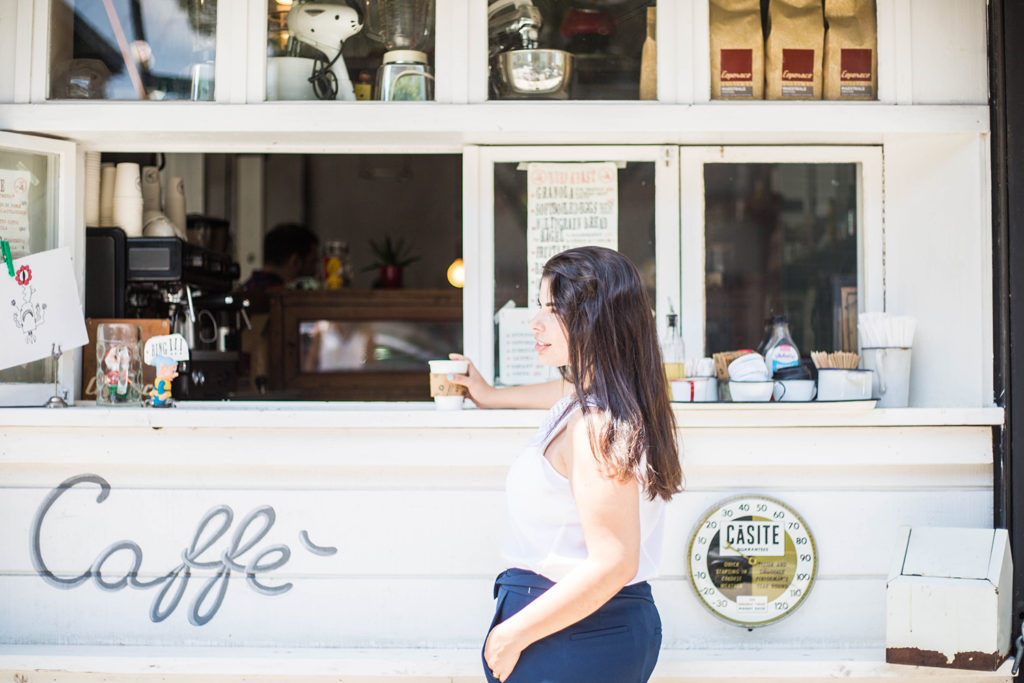 FC: What do you think is the most rewarding part of teaching?

**PC: **I think it’s the connections that I build with my students. Teaching is more than just presenting information; teaching is connecting with people on a level where they want to communicate with you. Language is all social; it’s all about the talking and the interacting. I love it when people are having fun in my class, or using the language outside the class and sharing that with me. A lot of my students have significant others who are Brazilian, and the whole purpose of learning Portuguese is to talk to them and their family members. I’ve heard many funny stories from students meeting their spouse’s family. But language is all about mishaps, and it makes for good stories. You’re going to have hiccups, you’re going to make mistakes.  But as long as you’re understood, I think that’s a win.

FC: You’ve been working to develop one of Fluent City’s programs. Can you talk about that process?

**PC: **I am really excited for the new Portuguese program. I feel that having a structured curriculum will really help all the Portuguese teachers and students because they’ll be able to see their progression in a more linear fashion. The classes are so fun and interactive now, adding some culture alongside grammar. Who doesn’t want to eat food in class? 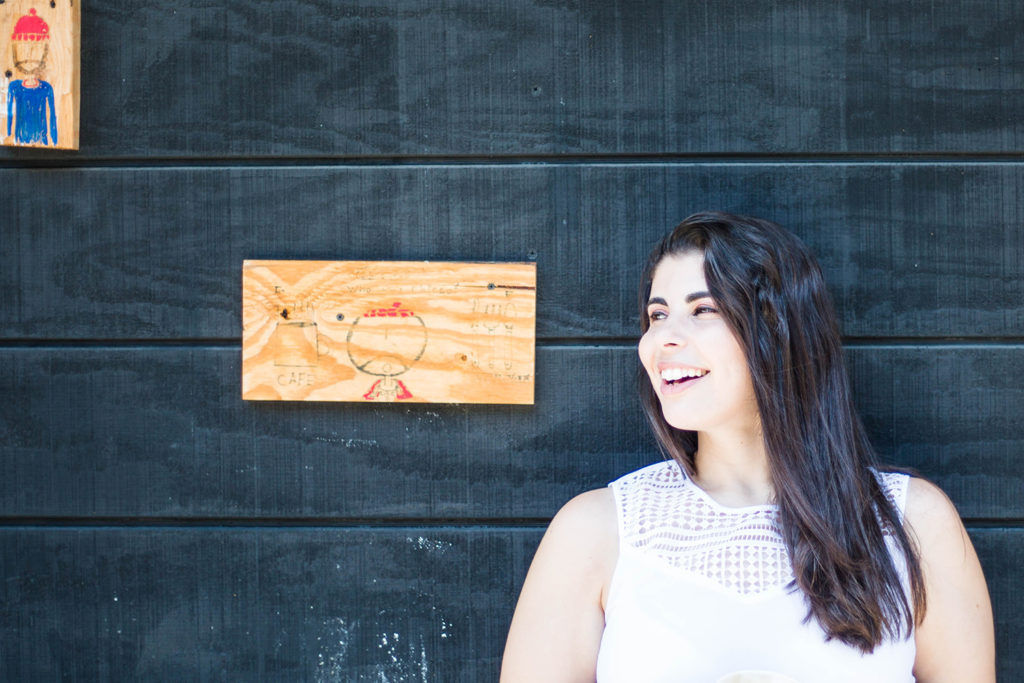 FC: Speaking of food, what is your favorite Brazilian dish?

**PC: **My favorite dish is probably moqueca, a kind of fish stew. My dad makes the best moqueca ever; I can’t even come close. I’m a terrible cook! But in terms of finger food I love ão de queijo  these little cheese bread balls. They’re so addicting that you can’t just have one. It’s like popcorn—you sit down and start eating them distractedly and then all of the sudden they’re all gone. In New York, it’s hard to find good Brazilian food. But the coffee is good!

FC: What would be your best advice to students to really get comfortable speaking Portuguese?

**PC: **I think the best advice I could give is to get interested in the culture—in something that’s Brazilian. Listen to music, watch movies, that way you’re exposing yourself and getting engaged in the language. Go on Facebook and find events like Brazilian Forro dancing. Check out events; there’s always something happening, this is New York.

FC: What do you think is notable about the community of Fluent City language learners?

**PC: **I find them to be particularly passionate about wanting to learn. These are people who are coming into the classroom after working a 9-5 job, and it’s late. The class runs from 6:45 to 8:45, and that’s commitment when you’re tired or hungry. But they’re there, and really enjoying the class and having a great time. And I find that they want to meet other people in the community. It’s a very friendly environment. We support each other a lot.

Pumped to take a Portuguese class now? We thought so. Check out our list of available classes here. If you have any further questions, let’s chat about it! Email us here.