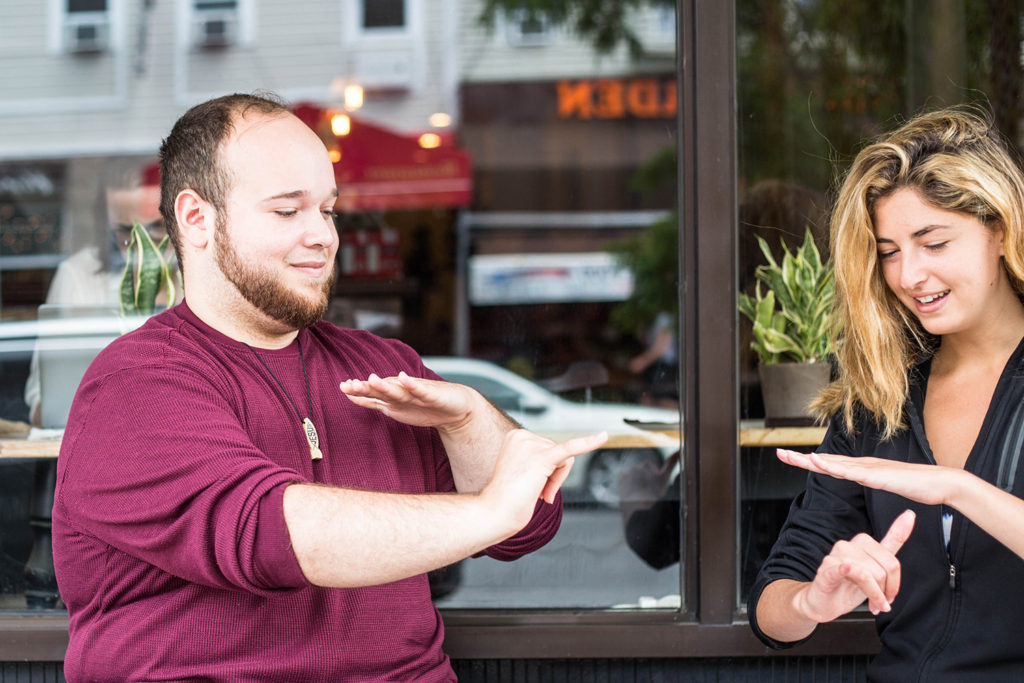 From Puerto Rico to Orlando to NYC, Michael Negron has left his inspirational and indelible mark on everyone he’s ever met. He’s a multilingual prodigy with many talents, many friends, and an incredibly contagious smile. He’s one of Fluent City’s favorite Spanish Essentials teachers, and after talking with him—we completely understand why!

Fluent City(FC): What made you want to be a language teacher?

Michael Negron(MN): [I love] teaching in general, I always felt like I had a niche to take a concept and then break it down so that students can digest it. I’ve had experience teaching different things, not just language—I’ve taught Art among other things to children and eventually transitioned to languages. The first one was ASL, American Sign Language, and I taught that for a lot of years. But, breaking down concepts so students can get it that’s what I really enjoy, I feel like it’s a really important aspect of being a teacher.

MN: Long story short—I saw someone signing to a mime class which made me curious. Eventually, that same person started her own Adult American Sign Language class, so I went there, learned some signs, and got really, really into it! I’m not sure why, it’s just interesting and something new! You never really experience that language. So I kept going with it, learning different signs and eventually met my first deaf friend. We became really close and talked a lot with each other using sign language. I was able to not just learn the language, but use it as well, which helped out a lot. Then, more deaf people started coming into my life and eventually I graduated High School, took it in college, kept going with it and never stopped! 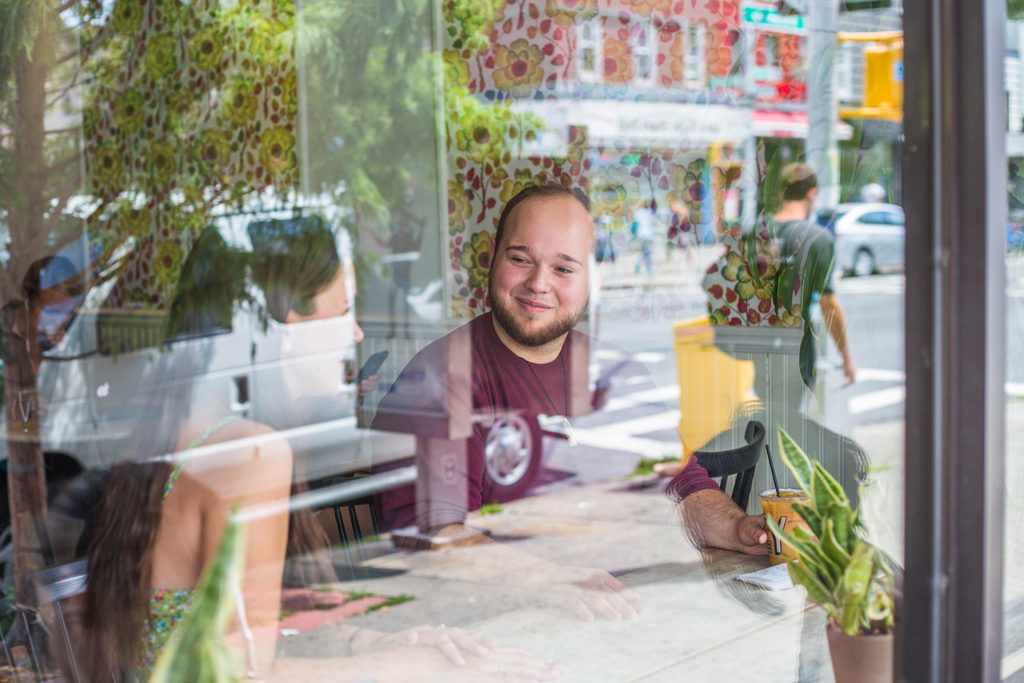 FC: That’s awesome, such a unique language to know! You also speak Spanish, what got you into that?

MN: Just being Puerto Rican, honestly. Growing up, I was almost racist against myself. I was a really rebellious teen against my own culture and family. Looking like a white person, I felt like “I’m in America, why do I have to learn Spanish?” Then, eventually, I realized it’s important to get involved in your own culture. That’s when I decided to accept the Spanish I was being exposed and realized it was important—worth embracing Spanish as a language—to learn it, to speak it, and to under
stand it.

FC: We heard you recently just moved back up to New York—what was the driving force behind that decision?

MN: I moved back about a month ago! During a mini trip in December, I really felt strongly compelled to come back here. I made trips up here throughout my childhood because I still have family over here. But something about that last trip really pushed me, and I felt a calling to be here—the need to move back to my hometown. Then I thought about it logistically, is it possible? What can I do to make it happen? What about school?  I basically gave myself about 6 months—so from December to June to make everything all set. And by the grace of God, I’m here! I got a job, a place to stay until I’m completely on my feet—so yeah, it worked out!

FC: We also heard that you work as an interpreter, can you tell us a little about that?

MN: Yes! That’s a big passion of mine career wise—it started a while back when I was first learning ASL. The teacher said “Try interpreting, see how you like it.” Then, she put me in front of the church, told me to interpret the sermon—which is not the easiest thing to start out with! By doing that I was able to grow as a community interpreter but nothing official. After graduation, I realized this is something I want to do seriously, so I decided to make that my major in college!

FC: What would your day-to-day be with that job or a normal day? Or is there really no normal?

MN: There really is no normal! It’s as diverse as being a photographer—you never know what’s going to happen during your assignments. I guess one normal is that you always know you’re going to be interpreting from one language to another. Whether you’re doing that in a Doctor’s office, or maybe even a yoga class—anywhere really! I’ve had fellow interpreters interpret on cruises, done shows at Disney World, done Universal, even different tours of museums! So it really is a day-to-day thing, never know what will happen until you get there. 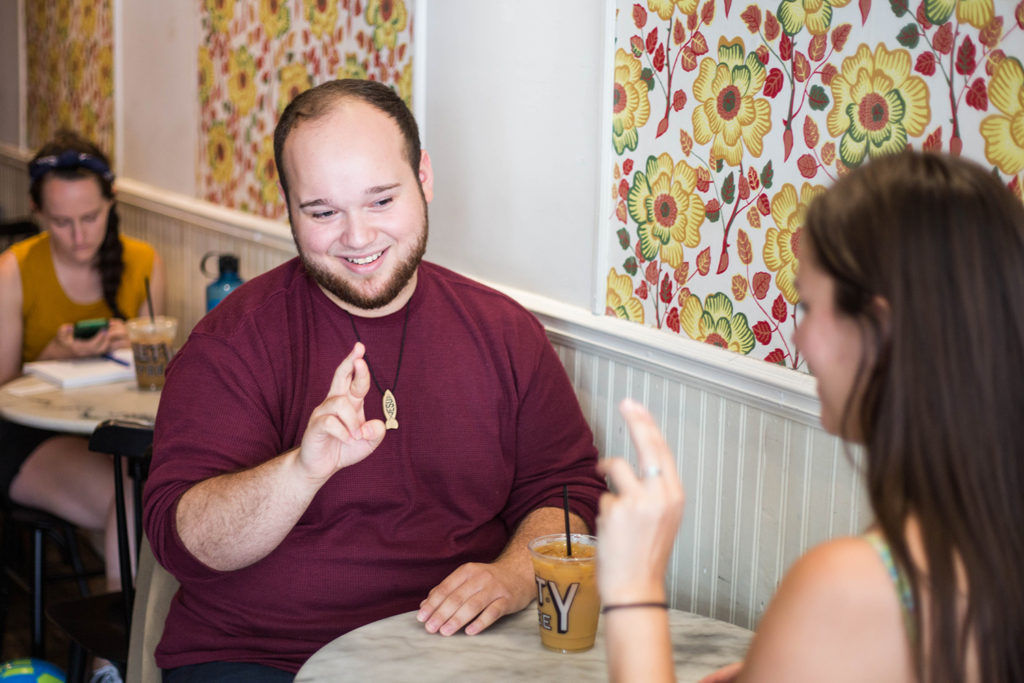 FC: How has your work as an interpreter influenced your teaching style?

MN: As an ASL interpreter, there’s never really a word-for-word translation or word-for-word interpretation. So a lot of times when it’s English to ASL you have to take a concept, break it down, and try to express it in a different way than you would in English. With that, it transitions to teaching—when you have a particularly difficult concept and have to teach your students in a unique way based on what their needs are. I try to figure out how I can teach them to understand this super difficult concept in the best way possible. You know, how can I break it down? So a similar process applies for interpreting.

FC: You teach Spanish Essentials. What do you think about the program, since it’s unique to Fluent City?

MN: It is SO cool. Whoever came up with the idea is a genius—I must say. The curriculum can be overwhelming at times but once you get the feel of what we’re trying to teach and the goals, you can be really flexible with it, take the activities and make them your own. It’s so easy to put your own flavor to it!  Essentials really matches the needs of our demographics here at Fluent City—professional, young, a couple hipsters. So I really like that part, it’s just super relevant and matches what we’re all about.

FC: What’s your best advice to beginning Spanish speakers, what do you tell your students?

**MN: **They need to make friends—go out into the community and start interacting with Spanish speakers. It’s a cool hobby to take up but if you’re not going to be using it in real life there’s really no point in learning a language at all. The whole point of languages is speaking, understanding and being involved with those people! A classroom can only take you so far and you have to take it further—a bit of culture helps so much.

FC: What have you thought about the Spanish-speaking culture in New York?

MN: Well Orlando is mostly Puerto Rican, of course a couple other demographics too, but it’s almost like a mini Puerto Rico. Now when it comes to the Hispanic community here, it’s evolved into it’s own thing. It’s not just Puerto Ricans in New York, they’re “New Yoricans” it’s a whole sub-culture. And they’re super different from what the islanders are—it’s crazy how people who came a while back, have evolved and made their own culture here in New York. It’s super unique too, they’re probably even louder here than Orlando or the island. You have to be loud, to make sure your voice is heard here! Spanish culture here is more lively than compared to even Orlando or Puerto Rico for sure. 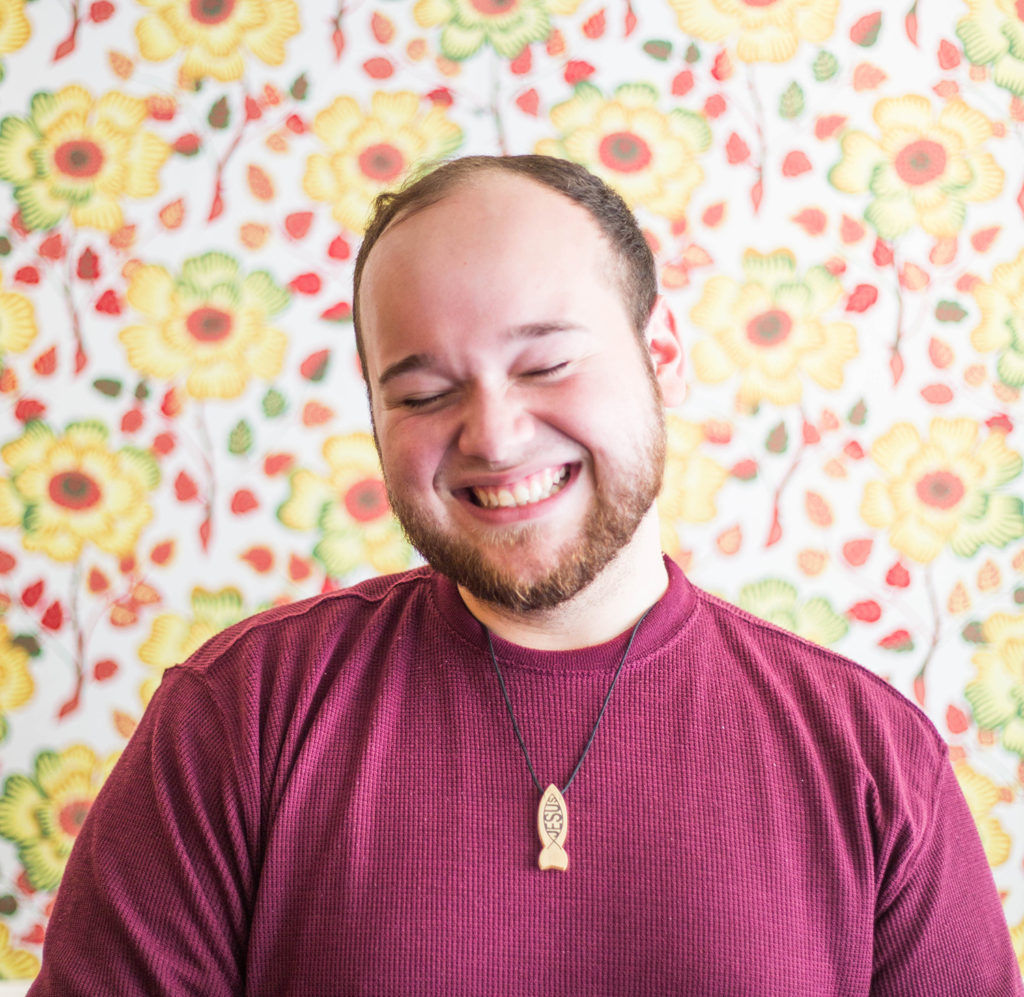 FC: So we heard you’re very active on Instagram and Facebook! Can you tell us a little about that?

**MN: **Laughs Well in my culture parents and children have a very special relationship. Almost to the point where when a child goes off and gets married the mom will get jealous and my mom, is very overprotective of me which will never change. So the idea for a blog came about to show her what I’m doing here every day and to say I’m doing alright and I’m not getting mugged. Also now people don’t always have to ask me “What did you do today?” They can just go to my Instagram and say “Oh! This is what he did!” So I made a different Instagram account for it (@bigapplebite) and started posting a picture or two of what I did and from that point it ‘s became what it is now!

FC: That’s great, social media is such an awesome way to convey those things. Have you ever tried to incorporate social media with your teaching through apps or other ways?

MN: Yes definitely! Apps are a great tool to use alongside the classroom. The actual language doesn’t have to be the only takeaway from learning a language—it also comes with a culture and different groups of people to get involved with! Social media is a great way to find those people and stay connected with them, you don’t only meet friends in the corner store or some sort of pre-planned meetup. Also social media lets you stay connected and practice the language with them. Technology really allows people to keep it up, it’s helpful for students for sure.

FC: What would you say has the most rewarding part of teaching Spanish at Fluent City for you?

MN: I think when my students are able to actually use the language. Recently we did an exercise where they turned the classroom into a mock restaurant—they moved the tables around to make it look like a restaurant, a couple of them were waiters, one was a manager. They even came up with the menu themselves, the best part was that they were really able to use what they learned so far! When my students are able to use the language, that’s when it feels really great as a teacher.

Excited to learn Spanish in NYC? Check out our Spanish classes here.