From organizing hip-hop festivals in Senegal to living abroad in Paris, Andrew has perfected his French around the world. When he’s not in the classroom inspiring students to love the language as much as he does, you can probably find him on a basketball court—training for his future NBA tryout, of course.

Fluent City (FC): Can you talk a bit about your to becoming a language teacher?

Andrew Olshevski (AO): When I was a kid, I took a Spanish class. And I hated Spanish class because, as many people know, Spanish class is pretty terrible in school. Then, when I was 12 years old, I switched schools. At this new school, they offered French, and since I’d had such a rotten experience with Spanish that I wanted to try something new. I signed up for French, and I ended up having an incredible, outstanding instructor. His name was Monsieur Webb. He was just so fun and energetic, and he brought language to life for me. I used to look forward to his class every day. I really loved Monsieur Webb’s class and that was the spark that lead me to explore French.

For college, I went to the Gallatin program at NYU, and studied a combination of philosophy and literature but I loved the French aspect. And of course, NYU is very enthusiastic about their study abroad programs, so in the winter of 2012 I went to Paris. That’s when my love for French really took off. All of my classes were in French and I had a French girlfriend. After the semester was over, I stuck around and spent the summer there, and decided I wanted to do more of this. I came back to New York to finish my last year of school, and took this really cool course about literary translation. After I finished, I got a grant to do research in Senegal about music and politics.

FC: Wow, how lucky for you! What did you do while in Senegal?

AO: In Senegal, I worked with a few different hip hop community organizations in Dakar. I researched the impact of music on politics. While I was there, I was always looking at lyrics of my favorite rap songs, trying to figure out what it all meant. 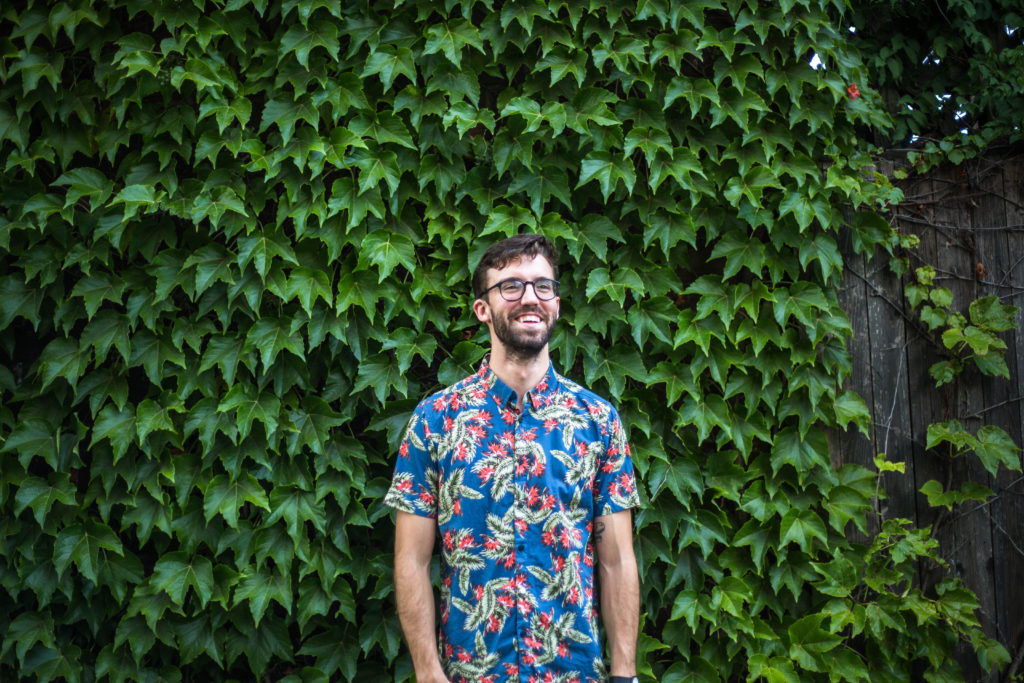 FC: That’s so interesting, what happened after Senegal?

AO: I went back to France and taught English there for a while. I eventually broke up with the French girl I was dating and my visa was starting to run out, so I came back to New York. When I came back to America, I was staying at my parents’ place looking for a job. That’s when I stumbled upon Fluent City—it just seemed like the dream job.

FC: Do you enjoy teaching English or French more?

AO: I’ve really enjoy teaching French more than English. Because English was always “normal,” but French seemed so cool and had this faraway, otherworldly element to it. It represented a totally different way of thinking and I thought that the ability to do that was really cool. And I think just sharing the tricks that I’ve learned with my students has been really gratifying, too.

FC: What do you think the role of foreign language is in society?

AO: There is no greater gesture of friendship than speaking to someone in their language. Additionally, speaking another language, talking about language, and being in the classroom is an incredibly worthwhile exercise for your mind.  It lets you flip the script and think about things in a way you weren’t thinking about them before.

Our whole world is contained within language, and you can’t think about something without applying a word to it. So the more ways you can possibly frame the thing you’re talking about, the more thoughtful a contributor you can be to society. It’s also important to keep in mind that there’s a variety of different ways to see something, and language classes offer this different perspective because it comes tied with this element of culture. It’s an additional lens through which we can understand our world and the people who are in it with us.

Also, when you speak another language it’s an opportunity for you to adopt a completely new persona. Which is something I think everybody should do—everyone should step into a different pair of shoes at some point. I usually offer to my students on the first day of class, “you’re about to learn a new language. And if you want to, you can choose a new persona, and a new name.”

FC: What is your best advice to beginner language learners? 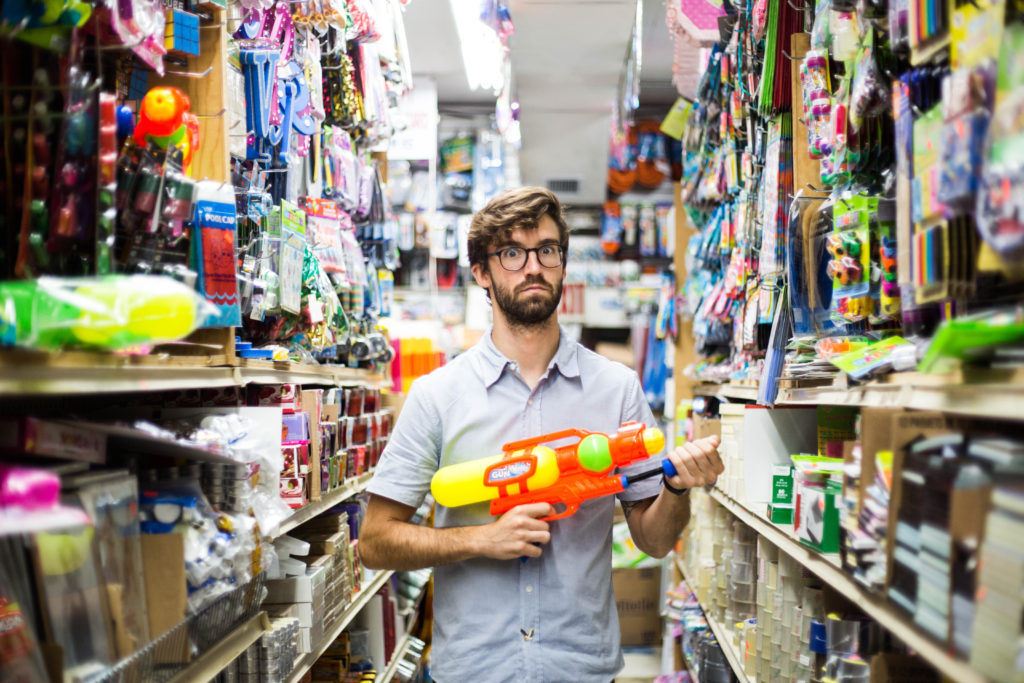 AO: In school, language classes are this terrible ordeal and at the end you come out with basically no result. With Fluent City, we know that the climate of working in our world today is crazy. We understand people don’t have a lot of time. And we similarly understand people don’t want to spend their limited spare time doing something that’s boring and won’t provide results.

The reason why, to this day, I continue to teach French classes is because there’s no other place in the world where a group of strangers come together and have the kind of interactions they have in a Fluent City language class. You’re in a room with a group of people you would almost never speak to, let alone talk to them about the things that are most important to them, which is what we talk about. We talk about your job, and your interests, and your family, and the places you want to visit, and that gets re-framed as the places that you’re going to visit, and so on. And then you learn the past tense and start unpacking everything that happened in your life.

Those kinds of interactions, you can only gain access to in a Fluent City classroom.

AO: I think French people understand better than anyone else what some would call the unholy trinity of bread, cheese, and ham. With an egg on top. And this appears everywhere—especially on crepes. Everytime I go, I get a crepe with jambon, oeuf, et fromage avec du sel et du poivre.

In Senegal the national dish is called Ceebu jen, which is a big bowl of red flavored rice with fish and vegetables. Everyone sits around and eats it together with their hands or spoons. In Senegal, there is a cultural tradition called Taranga, where guests are always treated extremely well. It’s the idea that if someone knocks on your door, they could have knocked on anyone doors but they chose yours. So it’s an honor. And as the guest, you get the best piece of meat. And it’s delicious

FC: What do you think is the biggest misconception about French culture?

AO: Probably that it starts and ends with Paris. Certainly a lot of our students have this idea that French equals the Eiffel Tower and crêpes. But there’s so much more to it. There is a whole variety of other countries and cultures around the world that speak French, and in that way, French is really a language of the world. It does have a storied past as Europe’s language and so on, but today speaking French gives you access to a lot more than ordering food in Paris—you can travel to West Africa, or Tahiti, or so on.

FC: What other hobbies do you have?

AO: Definitely watching and arguing about sports with my friends. Primarily basketball and football. I really like the spirit of competition and rivalry. I also like to go to the beach and play beach football. And then I like to read. I’m reading a really interesting book right now about the history of salesmanship in America.

And I like learning other languages! I’ve taken Spanish and Russian and Portuguese at Fluent City, and I like having conversations in those languages with other teachers.

FC: What is your biggest aspiration for the future?

Ready to sign up for a French class? We thought so. Check out our list of available classes here. Have more questions? Let’s chat! Email us here.