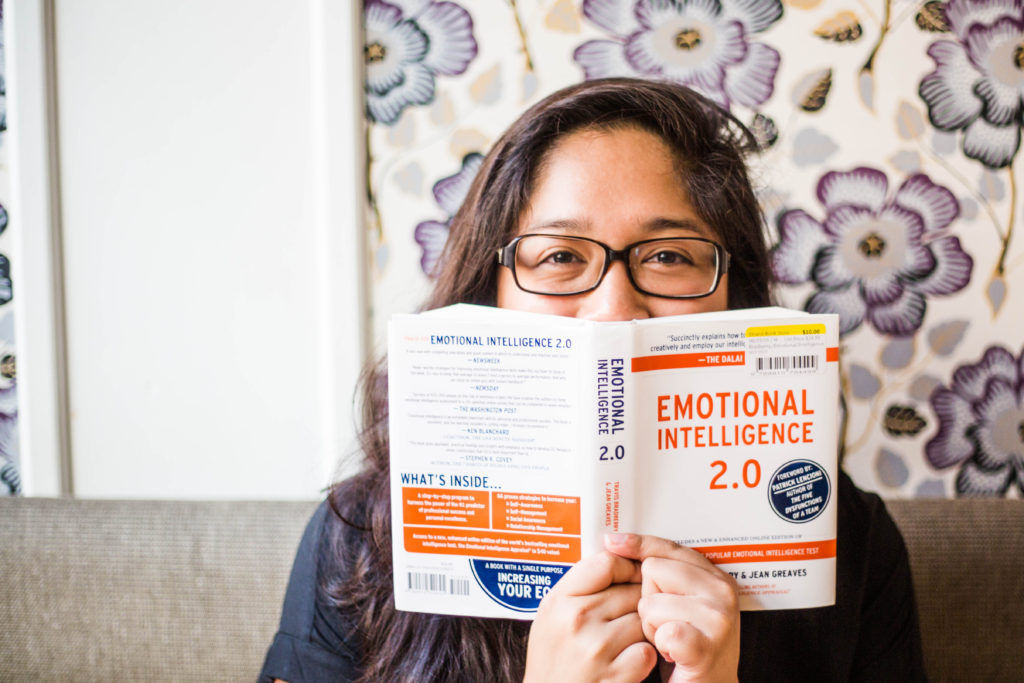 She’s a yoga-practicing world traveler who also happens to be one of our fave Japanese teachers. Meet Abigail Nanquil, who’s lived in Japan for over a year, experiencing the beauty, grace, and quirkiness of the country. She’s a total rockstar teacher in the classroom, but when she’s not there, you can probably expect that she’s studying another language or doing some serious globetrotting.

Fluent City (FC): Tell us a little about yourself!

Abigail Nanquil (AN): I was born and raised in New Jersey and lived there until I moved to Astoria in May. I graduated with a BA in International Studies and during college, studied abroad in Japan. That’s where I started seriously learning Japanese—then while I was in college I basically did drill sessions of the language. Then, after I graduated in 2012 I went to a Master’s program where I focused more on Asian studies because I thought I wanted to be a professor. But then I didn’t want to go for a Doctorate, so I started working as a Teacher’s Assistant for Japanese classes at school. So I’ve kind of been teaching for a few years, one way or another.

FC: What was your favorite part about being in Japan?

**AN: **Everyone is so friendly there. And it’s just so clean and efficient—basically the exact opposite of New York. Everyone is going to help you if you are lost, the trains come on time, and the food is so good. You don’t even have to tip! Just these little cultural things you don’t think about in the US, so when you’re back it’s like, “Oh, yeah, I have to calculate 15%” So yeah, weird culture shock coming back.

AN: Ugh, that’s a hard one. Probably Tonkatsu—It’s deep fried breaded pork. Pretty much anything that’s fried in Japan is a solid choice. It’s really good drinking food, so whenever you go to a Japanese bar 99% of their food options will be fried because it’ll just go straight down with beer.

FC: So before you studied abroad you took a couple classes, but would you say that you were fluent in Japanese?

**AN: **No. Not at all. Osaka has a special dialect and I didn’t realize that—so when people were helping me, they were speaking in the dialect and I thought “I don’t know anything! I have the worst education ever!” But then I realized people in Osaka are very proud of their dialect so they only speak in that form. I improved rapidly though because once you’re there you’re immersed in it, and kind of forced to learn the language. Also, Japanese people know English but aren’t the best at it. So you have to really struggle to communicate—I’m trying to use it more here but it’s a little hard! You have to go out of your way to find someone who speaks it. 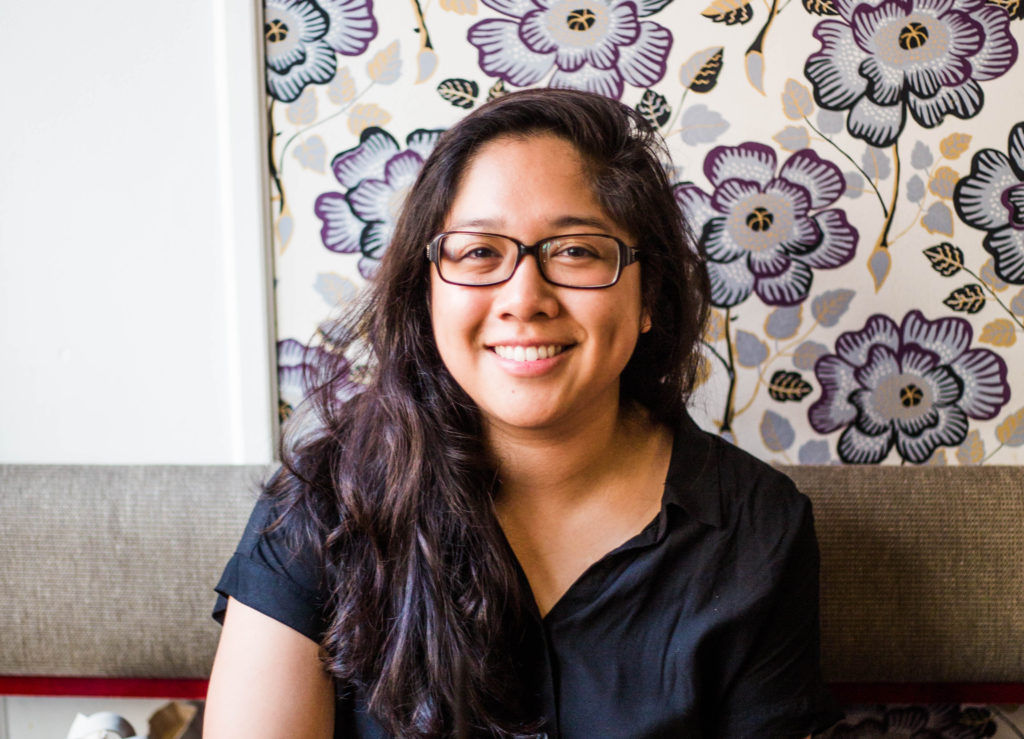 FC: So how do you make sure speaking Japanese stays a part of your life?

**AN: **I go to these meetups that are weekly that last for 2hrs or so. They assign you to different levels and then you talk with people in Japanese. There are native and non-native Japanese speakers there. Also, I randomly run into Japanese people more than you’d think. Sometimes I’ll be reading something in Japanese and then they see that and get excited. I was sitting in a coffee shop in Soho, and I was actually studying French, because I’m taking French with Fluent City. But, some woman saw that I was studying and said “What other languages do you speak?” and I said “Japanese” and she said “I’m Japanese!” and then we just had a random and awesome conversation!

FC: What’s been your favorite part about teaching at Fluent City?

AN: Everyone is so motivated. That’s what I love, compared to being a Teaching Assistant where everyone there is trying to fill a requirement. And I love my college students, don’t get me wrong, but they’re doing it for the grade. Fluent City students are doing it to travel there, or their spouse is Japanese, or both! I really like the motivation factor because the students are really super into it. I also feel like because they’re there, and want to do it, it’s a lot more fun. Also just to see how they study—they’re always constantly sharing apps they find or what they do to practice. It’s easy as a teacher because I learn a lot from my Fluent City students too.

**FC: Besides Japanese and French do you have any plans for more languages in the future? **

AN:  I’m trying to learn a bunch of languages for sure. I can read and write Korean, I know random stuff in Chinese, I want to learn German so I can go to Germany next year—I also studied Spanish in High School and managed to retain a lot of it! In February, I spent a week in Miami for work and all my Uber drivers were Cuban. All of them thought I spoke Spanish—I was able to explain the history of the Philippines in Spanish. The driver didn’t know what the Philippines and I was so surprised! My family is Filipino, so I was explaining that there was a war and everything. I don’t know where this came from, I just pulled it from the depths of my brain and my high school classes. It was hilarious. Knowing these languages just lets you talk to so many people which is pretty cool.

FC: So is your family from the Philippines, did they come here?

AN: Yes, both my parents moved here in the 70s but they met in the US not the Philippines. I actually don’t know any of the Filipino language—my parents were concerned I’d struggle if I was learning both languages. But I was like that’s wrong! Bilingual kids are so smart—for a while I was kind of resentful but now I’m trying to learn that language too! My accent is so bad though, so so bad. Sometimes I’ll read stuff to my parents and they have no idea what I’m saying and they blame the accent! 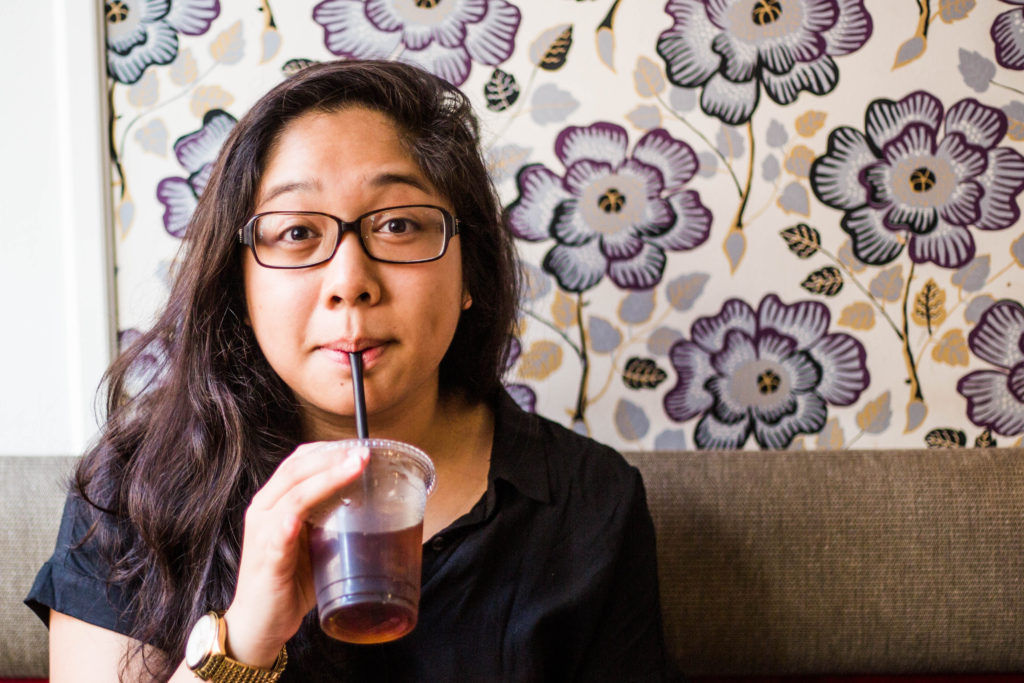 FC: Are there any cultural things you try and encourage students to do?

AN: Usually, with my level 1 classes I make them do bowing. When you’re first meeting someone in Japan you do a little bow, kind of like a head nod but a bit deeper. I tell them not to go any deeper than that though because that means you’re either super sorry, or you’re giving them a really uncomfortable amount of respect. There are different levels to bowing—it’s important to learn for Japanese business. It’s something you don’t think about in America because we just have a handshake but bowing is tricky—the further down you go the more respect you’re showing to the person. You can’t be overdoing it because that’s weird, but you also don’t want to not give enough. There are also different levels of language in Japanese. They have certain language you use for business only, with your friends and family, or a standard level for everyday interaction. The stuff you’re learning in class, that’s the standard, but if you’re listening to native speakers you might hear a variation of it. It depends on who you’re talking to, the language can always be a little different. It’s a hard concept for students to grasp, there’s a lot of stuff in Japanese culture that is just so different than here.

FC: Has Fluent City influenced how you teach?

**AN: **I think so! I was teaching at the University level and that’s pretty rigid, you can’t really stray from what needs to get done in the syllabus. But at Fluent City, you have a set amount of points to teach but it’s more fluid in how they structure it. I kind of take each class, gauge how the students learn, and then cater it to how each group because it’s always different. I feel that Fluent City allows me to be flexible in that respect—which has helped me a lot!

FC: What’s been one of the most rewarding experiences for you as a teacher?

**AN: **I like keeping in contact with my students—I feel like we grow together during our 10 weeks. I got an email from a student of mine last year, she and her husband were having a child. She’s from Japanese heritage so she wanted to give a Japanese name to her daughter. She emailed me to confirm what the word meant, the name they wanted to choose was akari. It means brightness but she said she also heard it means cinnabar, she wanted to confirm that wasn’t true! I hear stories every once in awhile, and it’s cool to know that even once we’re done with our class students are still maintaining the language that we learned.

FC: Outside of language what would you say are your hobbies?

AN: Right now I’m super in to Yoga, I do it like two or three times a week. I haven’t been doing it for that long, but now I feel like I’m trying to be a “yogi”! I don’t know what happened but I’m just so in to it. I also love traveling, I’m trying to go to a different country every year. I want to say I’m a foodie, but lately it’s just been eating. It used to be cooking but now I don’t have time for that. I’m trying to eat at trendy places—trying to see what the next big thing is. Filipino food is on the rise actually! There’s a really popular place on 1st ave called Jeepney, it’s cool to see my culture starting this underground food thing—I grew up with it and now it’s being served for like 3 times the price I would find elsewhere.

FC: Do you have a favorite Japanese restaurant in the city?

**AN: **I do it is called Izakaya MEW, all the stuff there is actual Japanese food. The food is typical bar food and super authentic. I love the vibe  and always take people out for dinner there, especially people who have been to Japan because it’s so nostalgic for them.

AN: This isn’t actually a word it’s more like a filler. The way you would spell it is ano… this is when you’re thinking or when you don’t… Japanese people are really subtle, they won’t say no to you—they’ll just find a way around it. Say you’re inviting me out and I don’t want to go, I would start with ano… and then I would give an excuse. My students love that, whenever they’re thinking they always use it! It’s kind of like when we say uhh. I like ano because it kind of sounds less dumb. But basically Japanese people use it when they’re thinking, or trying to figure out a way to let you down easy.

Dying to learn Japanese now? Us too. Check out our list of available classes here. Have more questions? We’d love to chat with you—Email us here!