Teacher of the Week: Diego Zoghbi 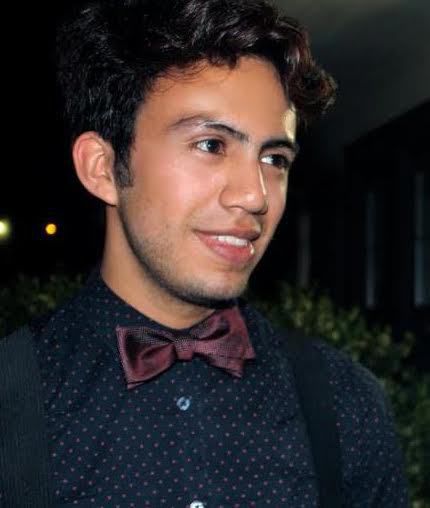 What encouraged you to start teaching Spanish?

Although Spanish is my first language, for most of my childhood I didn’t think that it was anything special. It wasn’t until I started studying Latin in middle school that I realized the reason I was flying through it was because of Spanish. I became increasingly interested in Spanish linguistics and started studying the history of the language, to understand how it had come about from Latin. Once I came to NYC, I met Spanish speakers from all over the world and became enamored with not only the diversity, but also the transparency of the language. I decided spreading the love was a noble cause.

Fluent City attracts all kinds of learners, with all kinds of reasons for learning the language. Without trying to sound too corny, I think language unites us in an almost frustratingly beautiful way. Some people think that they don’t have it in them to learn a language, but that’s completely false. Language is a human invention, and no language is beyond our own human means. I think Fluent City allows people to discover that and thrive in their pursuit to go further in a language.

I really enjoy photography, yoga, dancing and eating. But at this point, every other activity I do comes back to languages. I try to watch/read something everyday in the different languages that I try to upkeep. Sometimes, eating a particular foreign cuisine counts as practice.

Do you have a favorite app or tool you recommend to students to complement their studies?

Wordreference.com for a dictionary (please, NOT Google Translate). Quizlet for vocabulary (they have a game called Space Race to practice vocab, it’s addictive). Tex’s French Grammar and Bowdoin’s Spanish Grammar (both online) to answer and drill any pesky grammar problems. Shakira for Spanish, Diam’s for French, always and forever. And magazines!! They’re fun, contemporary and not as daunting as getting through a whole book (Magazine Café, 15 W 37th St. in Manhattan).

Where is your favorite place to find Spanish food in NYC?

Well, I’m obviously biased in favor of COLOMBIAN food. It’s ridiculously delicious. The best places are a bit of a trek, but authentic and worth it: Jackson Heights in general in Queens, La Hoguera Paisa in Sunnyside, Colombia in Park Slope in Brooklyn. (I’m actually headed to a big platter of Colombian food as soon as I finish this questionnaire.)

Can you recommend a Spanish film?

Relatos salvajes (Wild Tales) is still playing in theaters. I saw twice, which I never do. I cried from laughing. La piel que habito and Volver by Almodovar. Maria Full of Grace and Biutiful.

Finally, what is your favorite Spanish word?

ANTOJO. It means an ephemeral but very powerful craving. It can be for food, going somewhere, buying stuff, etc. But it is also used to describe beauty marks, because they used to be perceived as signs that a mother didn’t fulfill her cravings during the pregnancy.

Want to get to know Diego better? Check out @fluentcity on Instagram, as Diego has done a two week takeover of our social media! You can also join Diego as he leads Fluent City’s trip to Peru this summer.

Think you have what it takes to teach at Fluent City? Apply here to teach with us!