As a part of the My Fluent Year series, this week’s theme focuses on romance and how learning a new language can spark deeper connections with that special someone. Meet Elaine Wang, a true global citizen who’s lucky enough to call multiple countries home. She’s getting hitched to a Mexico City native this March! Check out her story below about her nomadic upbringing, her cross-cultural romance with her soon-to-be husband, Miguel, and how she learned Spanish for him and his family. 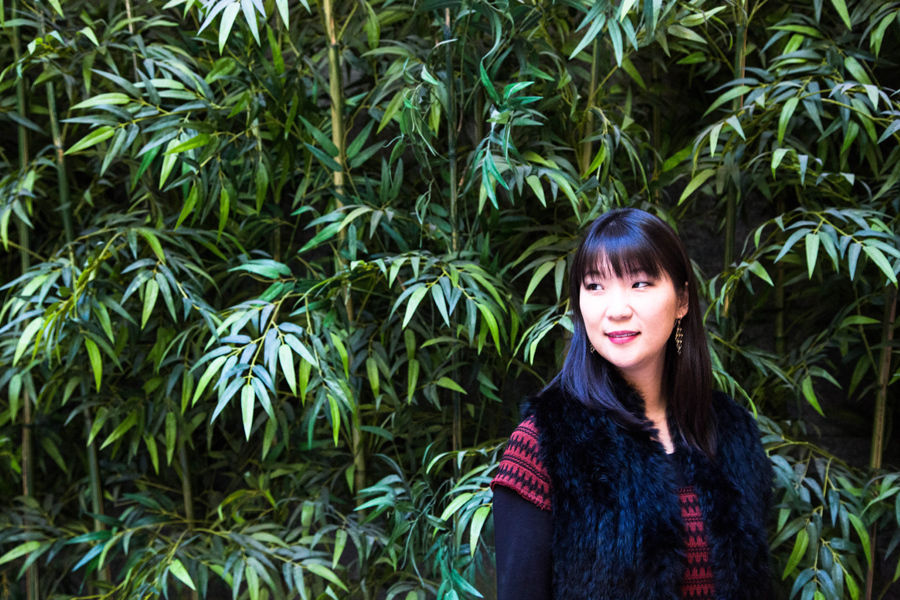 Home Is Where You Feel At Home

A little background here. Elaine’s a Washington D.C. native and the daughter of Taiwanese immigrants. She was born in the states but moved back to Taipei when she was nine. She then came back to the states for college and law school. Her parents are still in Asia, and have moved through the big cities like Taipei, Shanghai, and Beijing, following with trend of business, especially as a lot of American companies expand in mainland China.

Though no one in Elaine’s family is a lawyer; she found herself working in law. Nobody really told her what to expect—and she looks at this as a blessing. She just dove into it and hoped for the best, and luckily, it worked out! After law school, she found a great firm and has been there ten years.

Since she’s lived multiple places, Elaine has a unique global perspective on the world and says she’s been “very lucky” because she “feels at home in multiple places.” She’s home in D.C. but also home all over Asia. 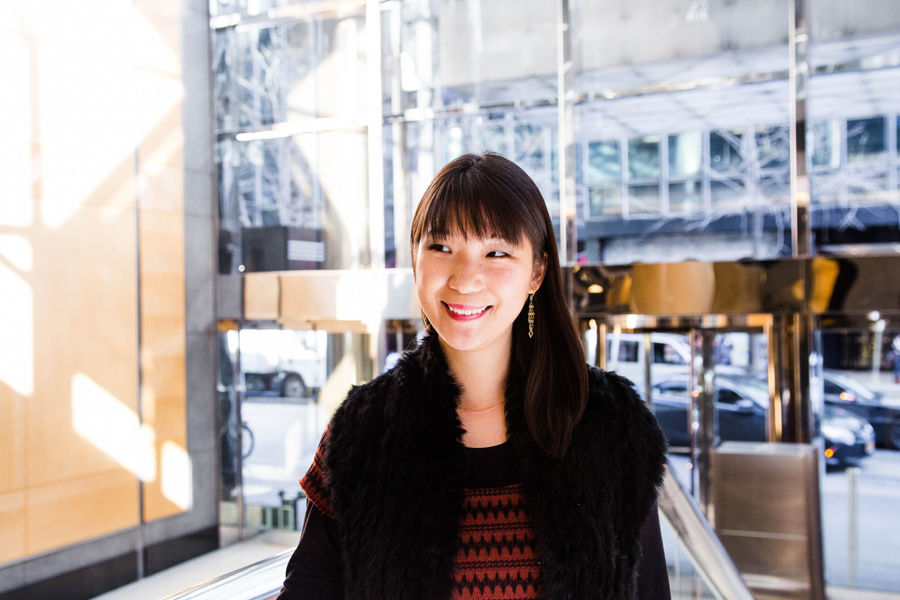 Of course, we could talk for ages about how awesome Elaine is, but today, we’re here to focus on her love story with her soon-to-be husband, Miguel (they’re getting married in March!). Miguel’s a Mexico City native, born and raised. He didn’t come to the states until he was 27 years old, though he spent a year in Toronto learning English when he was in college.

If you’re wondering how these two global lovebirds met, we’re here to restore your faith in those dating apps. The two met through Hinge, the app that matches you with second or third degree connections of friends on various social media channels. Miguel was a third degree connection of one of Elaine’s former law school classmates. Yes, a real online dating story with a happily ever after! We love it. Though after they met, they pretty much tossed the app out the window, deleting it immediately. Elaine calls it a “very fast progressing relationship,” as the two met last August of 2015 and are to be married in March next year in 2017. 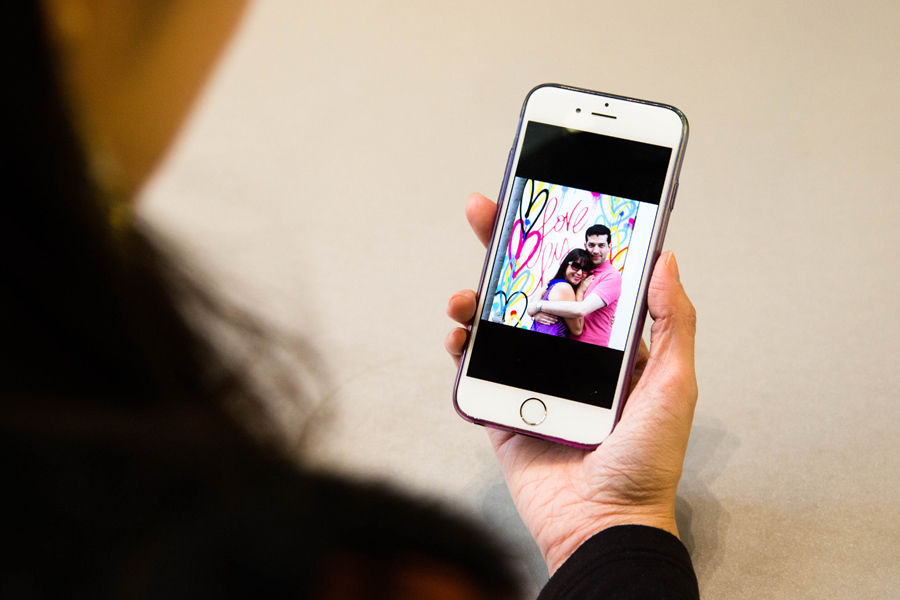 Two months into dating, Elaine and Miguel took a trip to D.C. Elaine’s parents happened to be in town. Previous boyfriends had been hesitant to meet her parents—since way in America, it’s usually seen as a pretty big step.

But when Elaine nervously invited him to lunch with them, Miguel explained that “That’s an American thing!” In Mexico, you meet the parents very early on, and it’s a sort of window into learning more about the person you are seeing; it’s “just a way of getting to know the person better to see what their families are like and where they come from.” After they got engaged, Miguel confessed that he had actually planned that trip to D.C. with Elaine because he knew her parents were in town—and he had wanted to meet them.

Last New Years, Elaine found herself at the dinner table Miguel and his family in Denver during a ski trip. Miguel’s parents only know Spanish and at the time, Elaine couldn’t speak a single word beyond “Hola.” Though she said it was somewhat relaxing to not speak the language (since the pressure was off of her to impress), she ended up signing up for Spanish 1 a few months later.

Of course, she was excited about her decision and texted Miguel moments after she signed up. Twenty minutes later, she got a text from Miguel saying, “I just signed up for Chinese 1!” Though Miguel became very busy with work and business travel, and wasn’t able to continue his class, Elaine ended up taking Spanish 1, 2, and 3. The next time she saw Miguel’s parents, she said she was able to understand “about 60% of their conversations.” Talk about a faster learner, huh? 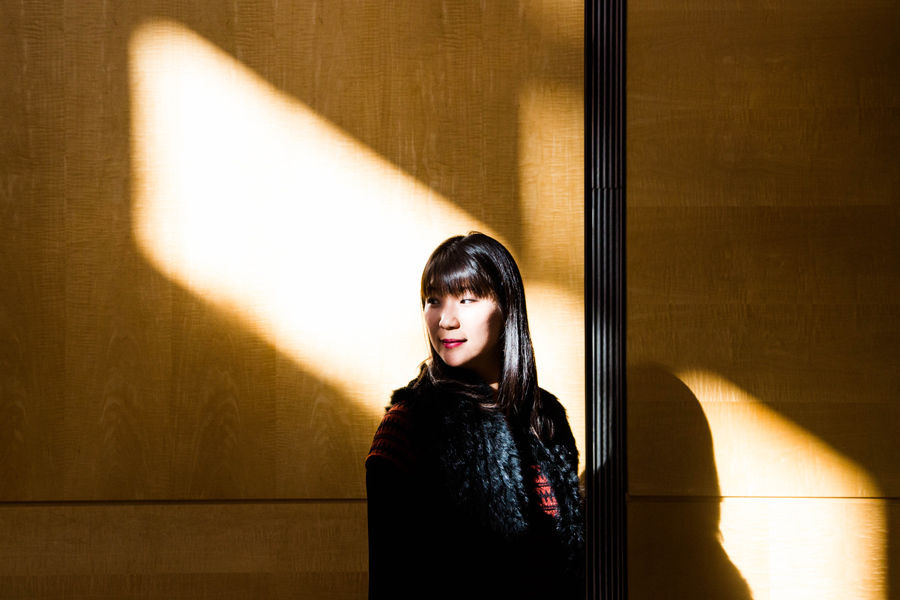 The two have also been lucky enough to visit both Beijing and Mexico City together—places that they each call home. As soon as Elaine got off the plane with Miguel in Mexico City, she thought to herself, “I’ve been here before!” Of course, she hadn’t. But it really reminded her of Beijing, where her parents live now, because of them both being sprawling capital cities with a sense of grandeur.

When we asked Elaine if there had been any other significant cultural differences that she and Miguel had to overcome, she paused for a moment. First, she told us to leave those “old wives’ tales of what Mexican and Chinese grandmothers might think or say” behind. She explained,

“It’s more surprising similarities instead of differences—both Chinese and Mexican cultures are grounded in ancient traditions, really value family, and place a huge importance on food.”

We love that. Even though the two are from seemingly different backgrounds, they’ve managed to find a lot of common ground.

A Mexican Wedding in Merida

And so, Elaine and Miguel have been planning their wedding in Merida, the gorgeous capital city of the Yucatán State in Mexico. And because all of the contracts are in Spanish, she’s been having a bit of fun deciphering them—especially because she is a lawyer as well. 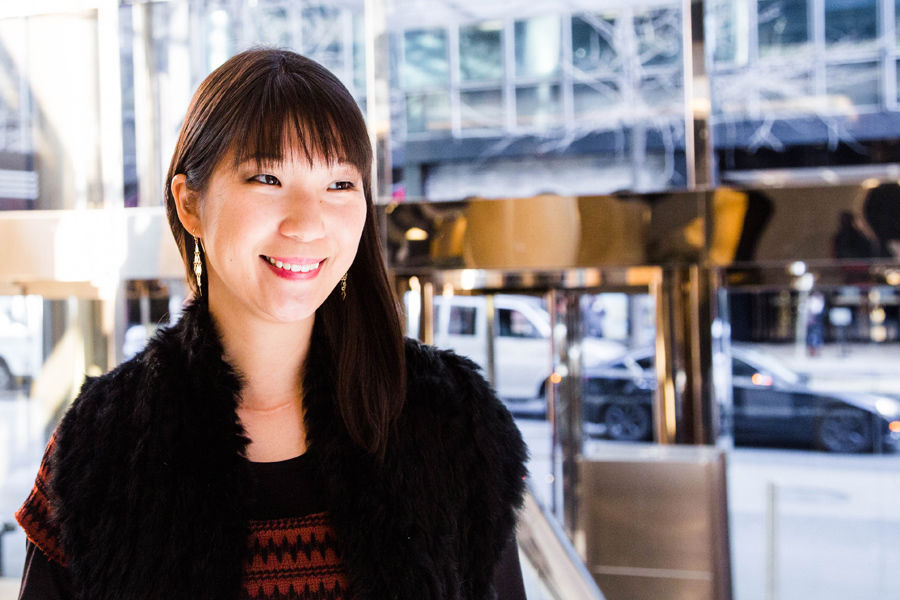 Miguel agrees that learning a language “is much more than just learning the grammar; it’s about learning the culture,” while Elaine says that it helps you “deepen connections” with others.

With this beautiful blend of languages and cultures, both Elaine and Miguel agree that raising their children trilingual is essential, especially in today’s globalizing world—though as Elaine says, it would probably require her to speak only Mandarin to them, Miguel to speak only Spanish to them, and they would learn English in school. Wow!