Sleeping with the Buffalo

A few years ago, Fluent City ran a non-fiction travel writing contest. “Sleeping with the Buffalo” was the second place winner. Read on for the full story:

“Joe, wake up now! There’s something outside!” I exclaimed to my husband as I quickly switched on the lamp.

“Jess, I’m sleeping. Go back to bed, there’s nothing outside.” My husband mumbled as he burrowed deeper under the covers.

“No, really, listen! Animals are trying to break into our tent!” I shrieked.

Startled, my husband jumped out of bed just in time to hear the ominous sound that had been keeping me awake for the past half hour. An explosive grunting followed by the sound of animals clawing at our tent. It was the fourth night of our safari honeymoon in Tanzania, and the first night that we were actually lodging amongst the wildlife. Coming from New York City, we were no strangers to noises in the night, but the sounds of the wild animals were a far cry from the familiar city cacophony.

Deep in the Serengeti at a tented campsite, there was no shortage of predators that could have been on the other side of what was fast becoming our much too flimsy abode. My mind started racing and my heart started pounding as I envisioned the Big Five that my safari guide, Hilary, had mentioned earlier in the day – lions, buffalo, elephants, rhinoceros, and leopards. A native New Yorker, I knew I was no match for the African wildlife, and so I did what any sensible 20-something city girl would do – I picked up the phone and called security.

Ring , ring. “Hello! This is Jessica in Tent 7. I believe that wild animals are attacking my tent. Can you please send a security guard immediately?”

“Yes, no problem, miss. We will be right there.” 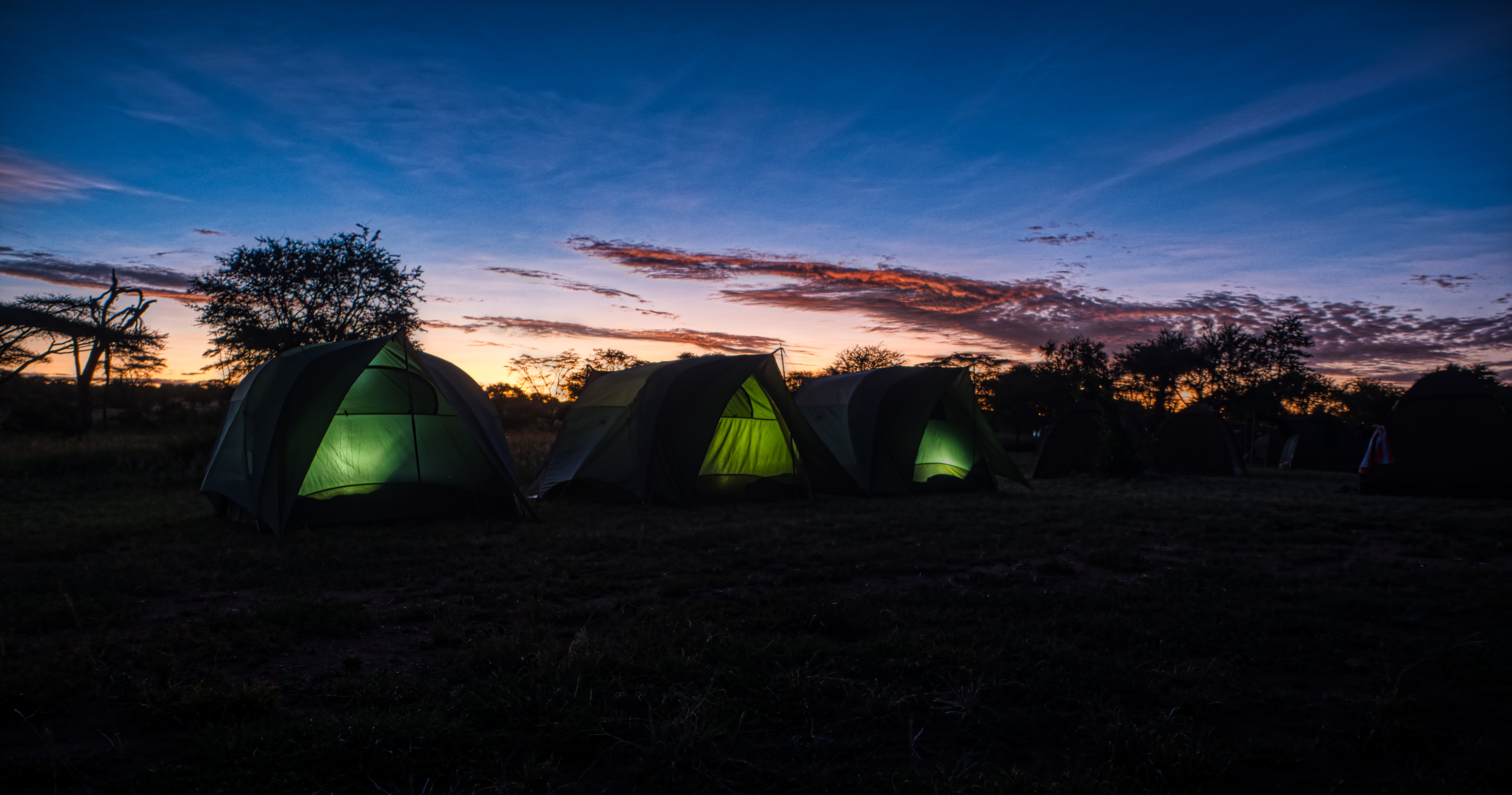 My husband and I waited quietly in our tent, armed with our makeshift weapon, mosquito spray. Our plan of attack was to blind the animals with the spray should they enter the tent. After what seemed like hours, we heard voices and saw the gleam of flashlights as two security guards armed with machine guns approached. The guards started shouting in Swahili, and we heard their heavy footsteps quicken as they ran in the direction of our tent. Suddenly, a thunderous stampeding and angry braying filled the air as the startled predators fled.

“Excuse me miss, you called about the noise. Just buffalo sleeping outside your tent. Only five. They are gone now. Have a good night. Hakuna matata,” yelled the security guard from outside of my tent.

Breathing a deep sigh of relief that the animals were gone, I switched off my light and closed my eyes. Approximately thirty minutes later, I was once again awoken by the familiar grunting and scratching as the buffalo settled against my tent. They were back. Convinced that they were determined to enter my tent this time, I once again called security.

“Miss, the buffalo won’t bother you. They always sleep by this tent. Go back to bed,” yelled the angry security guard.

After much cajoling, I convinced the guards that the threat was real, and they agreed to check on my tent. This time, it took slightly longer for the guards to come, but when they did, I heard the roaring stampeding as the buffalo dispersed into the night.

“Miss, the buffalo won’t bother you. They always sleep by this tent. Go back to bed,” yelled the angry security guard. Not the least bit reassured that I was sharing my sleeping site with one of the deadliest species in the African plains, I resorted to the only antidote that could get me through the night – Nyquil.

For our next two nights at the campsite, my husband and I shared our tent with the buffalo, or should I say they shared their tent with us? By the last night the sound of the buffalo was (almost) endearing, although, I must say that I prefer the sound of cabs anytime.