“I’m from Miami” is the first thing Yoán tends to tell people. In his opinion, that statement alone manifests his laidback nature and relaxed vibe, contrary to the hustle and bustle of New York that tends to surround him. “I’m not like most New Yorkers. In New York, people are 100% focused on success; I like to laugh at myself sometimes” he says with a tone of quiet confidence.

When you first meet him, you may assume that he’s a quiet and humble individual—until you’re forced to do a double take when you find out that he currently plays the drums in a latin/punk band and grew up skateboarding and exploring around the streets of Miami. He’s also spent time in Bogotá and Zürich. 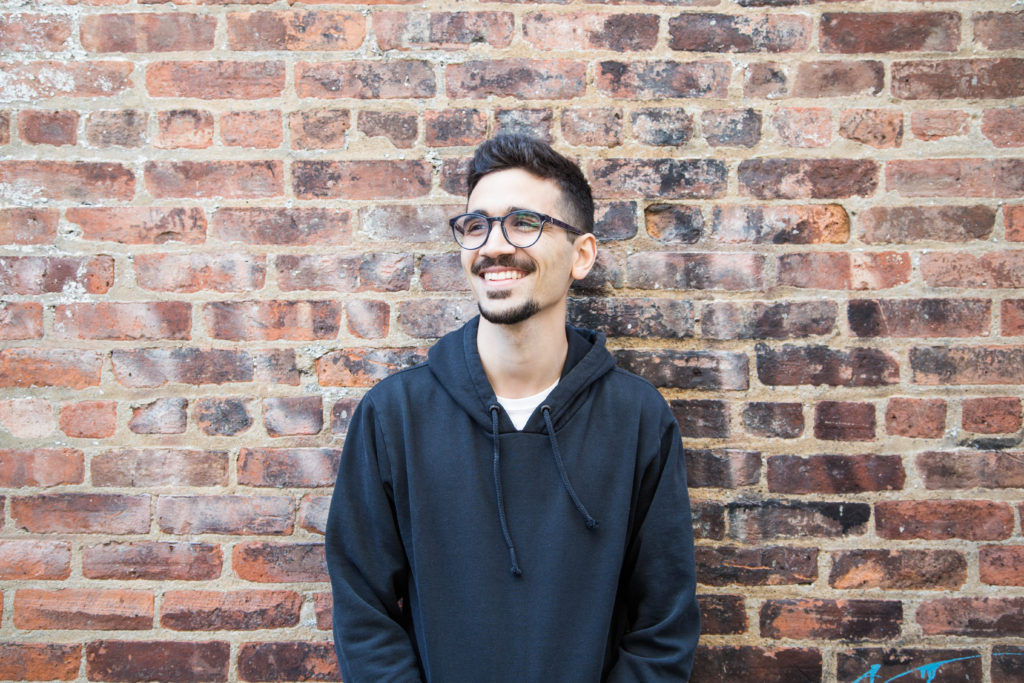 Being half-Cuban and half-Colombian, Yoán grew up speaking a mix of English and Spanish with his family. But around the age of 15, Yoán had the stark realization that his English was much better than his Spanish. He began a personal mission to try and learn more. Asking his relatives for help with his Spanish, he was met by an unenthused response from his father: “You know how to use a dictionary.”

Well, about a year later, Yoán found a dictionary of his own—in the form punk rock, salsa, and vallenato songs from Spain and Latin America. Googling some lyrics to his favorite Ska-P jam and Celina & Reutilio songs, he noticed all of the different verb tenses, conjugations, and completely random slang that he didn’t know.

“I was basically illiterate,” he recalls, thinking back on his past experience with the Spanish language. Having grown up mostly speaking the language, he didn’t have much experience reading or writing it. Around the same time, the incredible Argentinian magical realist writer Jorge Luis Borges came into his life when Yoán found Borges’ collection of short stories called Ficciones.

All of this inspired Yoan to enroll in a Spanish Level 1 course when he started college and his learning and relearning of the Spanish language grew from there. 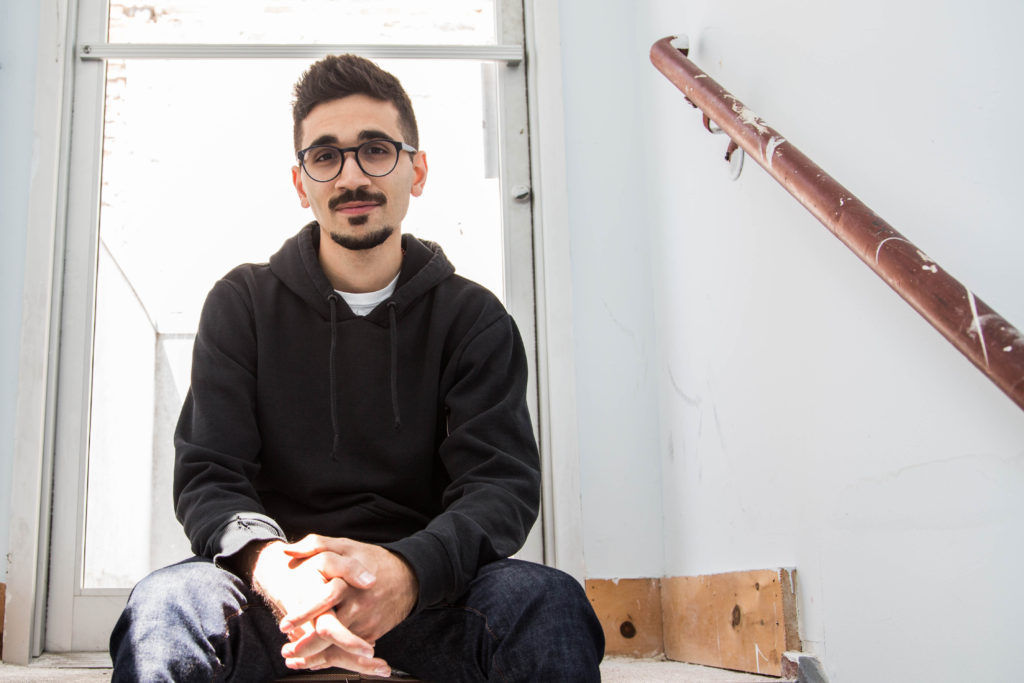 From Self-Motivated Learning to a Badass Teaching Style

If you’ve taken any sort of language class, you know that you’ll start out with the simplest terms and phrases—”good morning,” “thank you,” and “where is the bathroom?” And then move onto verb conjugations and perhaps write fun little essays on your weekend or plans for the summer.

Yoán, however, loves getting his students engaged with what they’re most passionate about. Drawing from his own background of learning the Spanish language, he’ll focus in on conversation and getting people talking. For his advanced students, he’ll ask provoking questions and start debates about controversial themes. According to him, “There’s no better way to get someone out of their shell than to get their stance on something.”

He concentrates on getting students to speak up, as he recognizes that Spanish is easy to learn structurally, but building the confidence to talk and picking up the sounds like the roll of the “r” is the most difficult part.

In addition to teaching some of our most popular Spanish class offerings, Yoán also does one-on-one private lessons. One of his students, Thomas Carroll, an ex-Goldman-Sachs star and now CFO of a major jewelry company, has been studying with Yoán for almost a year. He puts his experience into words:

“Yoan has been an excellent Spanish teacher, given his capacity to weave a developmental lesson plan into an interesting, relevant and entertaining discussion. He is capable of improvising and adapting the lesson to lead a relevant conversation, but keeping me focused on the key developmental stages necessary to improve my Spanish.”

And that’s not all—Yoán’s currently studying Japanese. Though he humbly claims that “it’s going at a snail’s pace,” he’s actively learning a language that has no relation to English or Spanish, which helps inform his current teaching style as well. 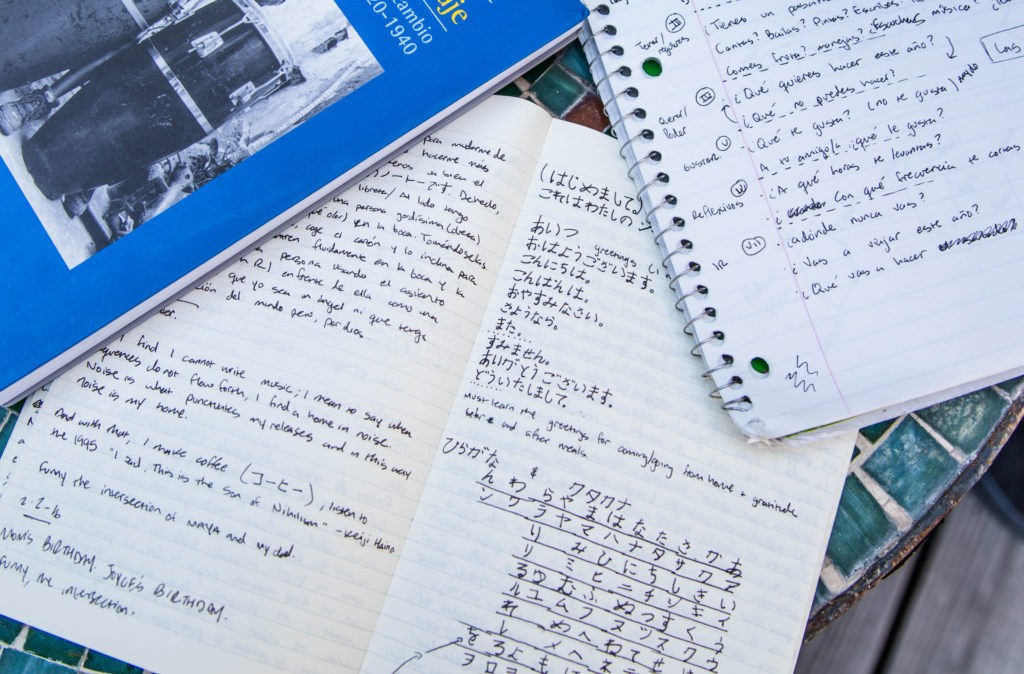 A Creative and Simple Life

Though Yoán enjoys teaching, another one of his true passions is music. He’d love to be able to make a living out of it eventually.

You can catch him drumming fiercely at a show at Arlene’s Grocery or Leftfield in the Lower East Side in New York City. He’ll be playing with his band Copán, named after a modern city in Honduras built around Mayan ruins. He’d love to have his own space and backyard in his hometown in Miami, where he would create his own private music venue.

Perhaps, some day, you’ll see him driving around in his dream car, a black Mitsubishi Eclipse, decked out with some really dark tints and ghost lights.