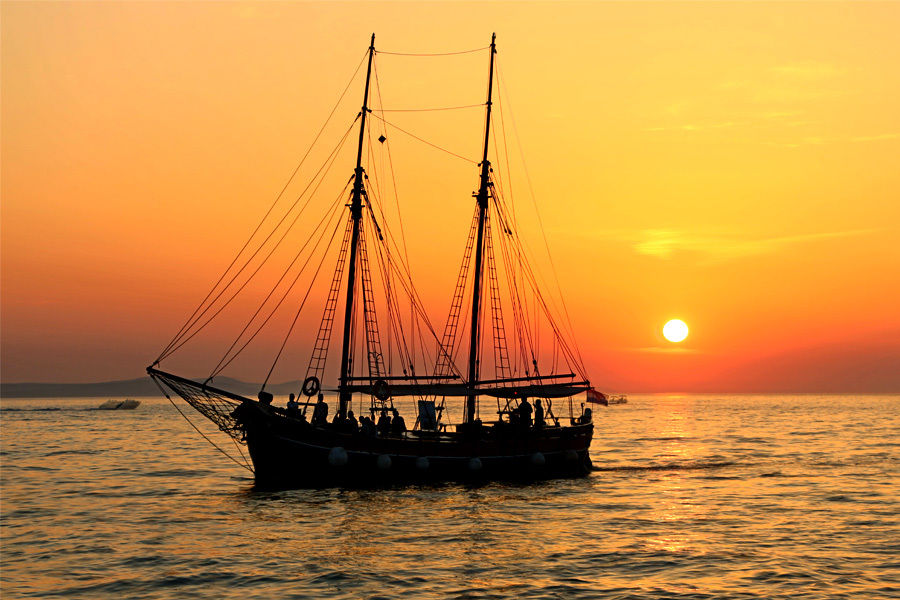 Columbus Day is right around the corner, and we could celebrate by walking into someone’s home and claiming you live there now. Wait, just kidding. Don’t really try that at home. But let’s have a closer look at Christopher Columbus and what we think we are celebrating.

We were all taught growing up that, in “In 1492, Columbus sailed the ocean blue.” We’re meant to celebrate the “founding” of America—but what are we really celebrating? What tradition is it that we’re holding up and what are we implying when this day is recognized as a statewide holiday in some parts of America? Sure, Columbus might be MVP for giving us this day off, but where is this patriotism even stemming from?

He’s credited with pointing out that the giant land mass of what we now call America exists (wow, what a total genius!). But we’d like to note that it’s impossible to have discovered a land when there were millions of people living there already.

How can we credit someone with the discovery of America, when he was, like, the fifteen millionth person to get there, and he was also several centuries late? Fun fact: America, the New World, had been discovered by the natives 14,000 years before Columbus did.

The holiday also misrepresents Christopher Columbus. Columbus, to put it simply, was not a nice guy—like, if you needed sugar, he definitely wouldn’t be the first door you knocked on. He took advantage of the kindness of the natives, who welcomed him into their homes, and sheltered and took care of him. In Columbus’ own words, “They [were] free with their possessions. When you ask for something they have, they never say no. To the contrary, they offer to share with anyone.” And, well you know, the rest is history.

It’s hard to come up with a holiday that stirs more mixed emotions in Americans. But it’s actually interpreted differently across cultures. Of course, it marks the beginning of Westernization in the “New World”, a heritage still very present in American culture.

For Italians, it set a precedent of the immigrants that eventually assimilated here, while for Latinos it is la Día de La Raza, translating to Day of Race, celebrating the intermingling of various cultures that came after Columbus and still exist today. But for Native Americans, it serves as a painful reminder about the terrors committed and that most historical landmarks were built on the backs of the oppressed.

Nonetheless, several cities have pushed back against celebrating Columbus Day. It started with South Dakota in 1990, with the entire state eradicating Columbus Day and replacing Native Americans Day instead. Berkeley, CA, followed suit shortly after.